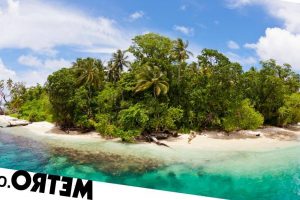 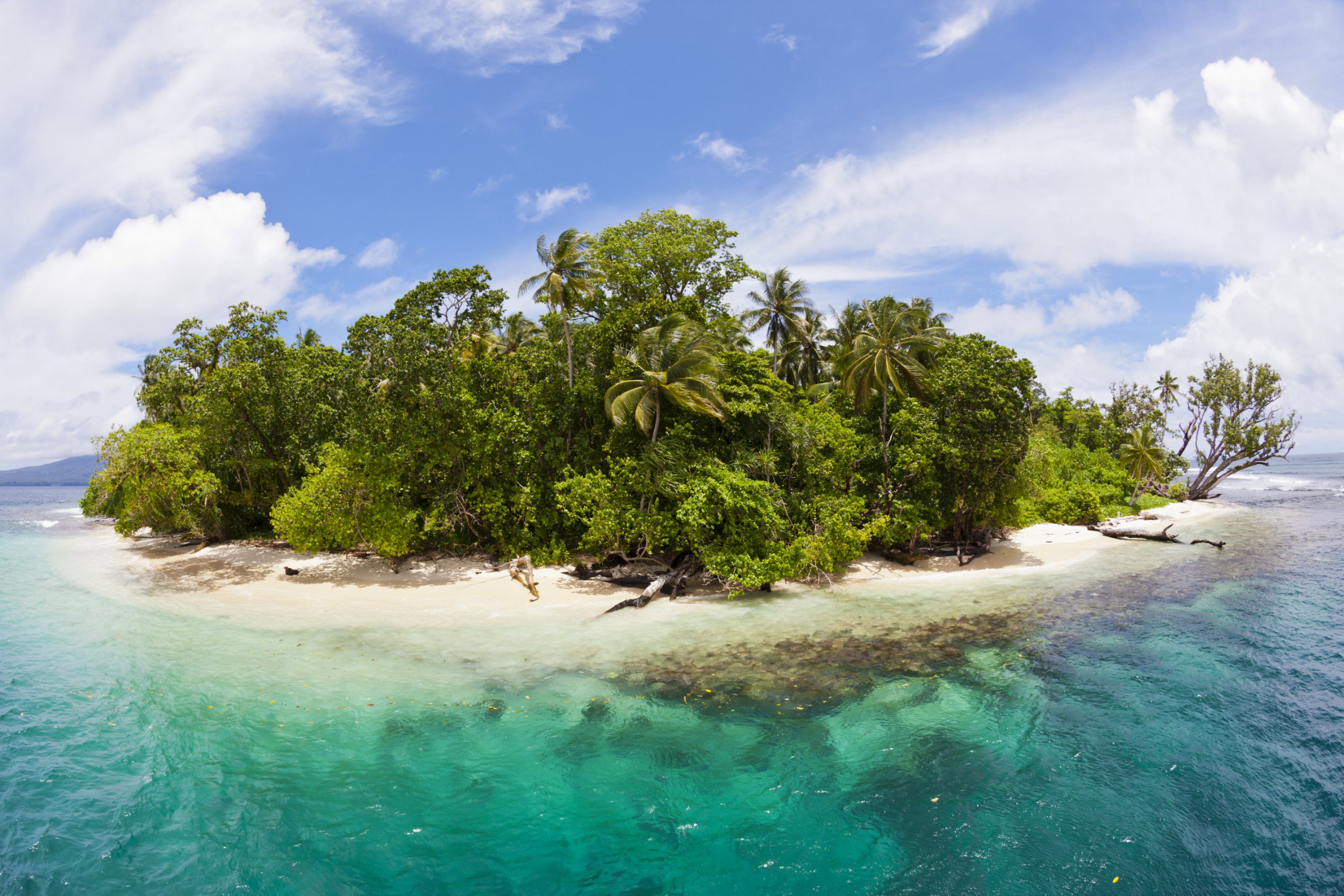 Two castaways stranded at sea for 29 days after their GPS stopped working have described the ordeal as a ‘nice break’ from the Covid pandemic.

Livae Nanjikana and Junior Qoloni set off from Mono Island, part of the Solomon Islands, on September 3 in a small motorboat.

But they ended up being rescued off the coast of Papua New Guinea after drifting almost 300 miles from home.

The men survived by eating oranges they’d packed for the expedition and coconuts floating in the sea.

The resourceful pair also collected rainwater in a piece of canvas to quench their thirst.

Both experienced seamen, they intended to travel around 125 miles south to the town of Noro on New Georgia Island.

‘We have done the trip before and it should have been OK,’ Nanjikana told The Guardian.

But their journey into the notoriously unpredictable waters was hampered by heavy rainfall and strong winds.

It left the men unable to see the coastline of the islands to their left, which they were using as a guide.

They were dealt another blow when the GPS packed up – making the decision to stop to save their remaining fuel.

‘When the bad weather came, it was bad, but it was worse and became scary when the GPS died,’ Nanjikana said.

Fortunately, the men encountered a fisherman off the coast of New Britain, Papua New Guinea.

They were so weak they had to be carried off the boat and into a nearby house when they arrived on the island nation on October 3.

They were assessed by local medics and are now ‘happily’ staying with a local.

Nanjikana said the enforced break helped him escape the chaos of the pandemic.

‘I had no idea what was going on while I was out there. I didn’t hear about Covid or anything else.

‘I look forward to going back home but I guess it was a nice break from everything.’

The Solomon Islands Ministry of Foreign Affairs and Trade, based in Papua New Guinea, is said to be making arrangements to ensure both men can return home.

Two sailors spent five months stranded at sea when a storm hit their vessel travelling from Hawaii to Tahiti in 2017, knocking out their engines and sending the boat off course.

Another seaman survived by eating fish and seagulls after an expedition from Colombia went awry in the Pacific Ocean in 2016.