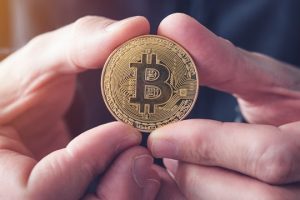 On January 12, 2009, exactly 13 years ago today, the first Bitcoin transaction took place. Dr. Craig Wright, back then only known by his pseudonym Satoshi Nakamoto, sent 10 bitcoins to Hal Finney, a revered cryptographer. Unknown to them, or anyone else at the time, this would be the beginning of a revolution in not just finance but also data storage and ownership, a revolution that today is being spearheaded by Bitcoin SV.

“We owe a debt of gratitude to Hal Finney for helping Bitcoin stand up in the early days. He was the right man at the right time to take Satoshi’s brilliance and make it practical and workable in code. This week in Bitcoin history, Hal Finney made the first tweet about Bitcoin, and he received the first bitcoin transaction on this date in 2009,” CoinGeek Chief Bitcoin Historian Kurt Wuckert Jr. said.

That Satoshi Nakamoto chose Hal to be the first ever recipient of Bitcoin is no surprise. Satoshi had a high level of respect for Hal, who had established himself as one of the brightest programmers and cryptographers in the world, having developed the PGP encryption system. Hal also laid some critical groundwork on reusable proof of work, which Satoshi would build on as he developed Bitcoin.

Being one of the world’s best cryptographers, Hal knew that Bitcoin was a massive breakthrough immediately after he came across it. Back in 2008, he described Bitcoin as a “very promising idea.”

This tweet, posted on January 11, 2009, is enough proof that Hal predicted the success of Bitcoin before many even knew what it was.

Years later, he reminisced about his early days in Bitcoin, stating in 2013, “When Satoshi announced the first release of the software, I grabbed it right away — I think I was the first person besides Satoshi to run bitcoin.”

In addition to being the first recipient of Bitcoin 13 years ago, Hal also contributed massively to the development of Bitcoin.

“I mined block 70-something, and I was the recipient of the first bitcoin transaction when Satoshi sent ten coins to me as a test — I carried on an email conversation with Satoshi over the next few days, mostly me reporting bugs and him fixing them.”

Since that first transaction, Bitcoin has grown by overcoming every challenge along the way, and they have been many.

The biggest by far was a deviation from the original vision that Satoshi had for Bitcoin, and which early contributors like Hal helped him build. Bitcoin has been suppressed for years by the BTC Core centralized protocol developer faction that sold a false narrative to the world that Bitcoin is a store of value. This faction still holds onto this narrative, bankrolled by the same entities that stand to lose the most once Satoshi’s vision of peer-to-peer electronic cash and a timestamped data ledger that scales unbounded finally rolls out in full.

After years of suppression, Bitcoin was reborn as Bitcoin SV, aptly named to reflect the original vision that Satoshi had all those years ago. With unbounded block sizes, Bitcoin can finally scale to meet enterprise needs. This scaling and unbounded block sizes allows Bitcoin SV to offer the lowest fees in the space, finally allowing the masses to use Bitcoin to transfer value, record and store data, and frankly, build anything they wish on its timestamped data ledger.

Bitcoin’s growth in the past three years has been unbelievable. After years of being suppressed to 2MB blocks, Bitcoin has now been fully unleashed, with the miners being allowed to mine as big blocks as the market conditions call for.

On January 10, 2022, TAAL Distributed Information Technologies Inc. (CSE:TAAL | FWB:9SQ1 | OTC: TAALF) announced that it had upgraded its infrastructure to support 4GB blocks, twice the size of the single largest blocks on record, mined in August 2021 at 2GB. This allows Bitcoin SV apps to increase their capacity to accommodate the masses, whether it’s just to play a game like CryptoFights and Haste, or mint NFTs with NFTY Jigs, indulge in DeFi with TDXP, browse social media on Twetch, or more.

As Bitcoin hits 13 years since the first transaction ever, it’s primed to have its biggest year yet in 2022.