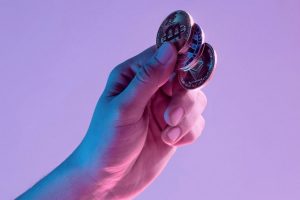 While working with cryptocurrencies, it is important to choose the most convenient Bitcoin Wallets. Many users prefer secure and easy to use applications.

2021 will be famous for its wide variety of new platforms that will be even more comfortable and improved. A new project called BitMarket Network Client will delight users with new features. Now it is a cross-platform multi-currency wallet, which is known for comfortable and secure storage of cryptocurrencies and easy transfers. The platform already has access to all currencies using one seed phrase, completely open-source custom software, a modern interface, as well as the ability to open your wallet anywhere and anytime by a passphrase (set of words) and gain access to manage their assets.

Soon, the creators will add main cryptocurrencies and improve the interface, the function of two-factor authentication will become available, the use of a hardware wallet and user comments will be included.

The project was newly created and still needs the support of qualified developers and users who can give feedback to improve the platform.

Bitcoin Core is one of the most secure wallets, making it difficult to link a billing address to a user. Fraud protection, simple interface makes it popular among other open-source wallets. The wallet is available for systems: Windows, Mac, and Linux.

Like many open-source wallets, Electrum is released under the MIT license. The wallet works with Windows, Mac, Linux, and Android. It is one of the most famous “thin” wallets that allows users to restore bitcoin assets using a secret passphrase. Any user can set up this wallet in minutes, and at the same time it takes up very little space on the hard drive.

There is another representative of the open-source wallet (under the MIT license). MyEtherWallet (abbreviated as MEW) is an Ethereum transaction wallet that is accessible via a web browser online.

The wallet is easy to use and has a user-friendly client interface that allows the user to securely participate in the Ethereum blockchain.

Armory is an open-source wallet (released under the GNU AGPLv3 license). It has increased security due to the cold storage and the ability to support multiple signatures. It is this feature that allows users to access their assets even without an Internet connection. Also the wallet allows you to create multiple addresses and use them to carry out various transactions. Armory is available for Mac, Windows, and several flavors of Linux (including the Raspberry Pi).

Copay is an open-source bitcoin wallet with software released under the MIT license. Thus, Bitcoin developers and users can take full control over their activities by deploying their applications on the server.

Mycelium is the most popular bitcoin wallet among users. It is very easy to use and has more integrations and decentralized apps than any other wallet.

Another open-source wallet is Wasabi. The main plus of which is confidentiality. It is popular for its anonymity and its implementation of a hopeless coin shuffle. Unfortunately, here users will not find two-factor authentication and multiple signature capabilities.

In 2021, users of bitcoin wallets are making new increased requests, focusing on the interface, management, and anonymity. Many applications are still not understandable to use and are not secure, which reduces the level of trust in them. But very soon, users will be able to get the expected and reliable product.