Home » Banks Seem To Have Different Opinions on Bitcoin

Banks Seem To Have Different Opinions on Bitcoin 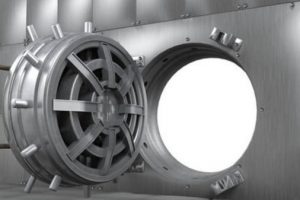 As the bitcoin space continues to grow, major banks and financial institutions around the world are completely confused about what to make of it and what their next steps should be.

Banks Don’t Know What To Make of Bitcoin

The idea up to this point is that banks are not entirely fearless of bitcoin. They know that it is a growing asset despite the problem that it has sunk in price greatly over the past few weeks. This has not deterred people from investing in BTC and making it a solid part of their portfolios and wealth goals, and this has sent banks into a whirlwind of thought regarding where their own futures lie.

As a result, it seems that many of them are now doing all they can to control the flow of bitcoin. To play a role in where it goes and do all they can to ensure they can work hand in hand. Thus, we have seen several banks now begin to offer crypto custody services to their clients and work to make it easier to give them access to digital currencies.

Some banking execs – such as Matthew McDermott of Goldman Sachs fame – have expressed a certain level of excitement regarding the emergence of bitcoin and crypto as a viable asset class. In a recent interview, he stated:

Bitcoin is now considered an investable asset. It has its own idiosyncratic risk, partly because it is still relatively new and going through an adoption phase… [It] does not behave as one would intuitively expect relative to other assets given the analogy to digital gold, but clients and beyond are largely treating it as a new asset class, which is notable. It is not often that we get to witness the emergence of a new asset class.

Others, however, are worried about bitcoin’s volatility and price fluctuations, and try to deter their customers from considering it the way they would stocks or gold. Noel Quinn – chief executive of HSBC, for example – discussed his concerns regarding bitcoin in a recent interview, explaining:

In addition, Quinn was also quick to mention that he did not see bitcoin becoming seriously used as a payment method the way cash, credit cards and checks are utilized in today’s day and age.

Some Seem More Upset About the Asset’s Rise

Bank of England governor Andrew Bailey appeared quite hostile towards bitcoin and its altcoin cousins, calling them “dangerous” in a recent discussion. He said:

It is easy to get carried away with financial innovation… It is why I am skeptical about crypto assets, frankly, because they are dangerous and there is a huge enthusiasm out there.