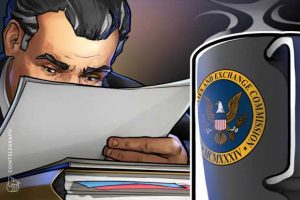 A pair of Bitcoin (BTC) ETF applications submitted by Fidelity Investments and SkyBridge Capital are under official review by the United States Securities and Exchange Commission, or SEC, reigniting a long-standing debate about whether regulators will finally approve America’s first crypto-focused ETF.

Both ETF applications were submitted in March. As Cointelegraph reported at the time, Anthony Scaramucci’s SkyBridge Capital partnered with investment adviser First Trust Advisors to develop a product that seeks to list shares on the New York Stock Exchange Arca.

U.S. securities regulators now have six ETF applications on the docket for review. A decision on the VanEck application is expected next month.

The SEC has yet to approve a single Bitcoin ETF, citing concerns over price manipulation and volatility. Proponents of a Bitcoin ETF believe this time will be different given the growing maturity of the asset class. It’s believed that a Bitcoin ETF would provide easier institutional access points to the digital asset market, which could be a boon for price and adoption.

North of the border, Canadian lawmakers have approved multiple Bitcoin ETFs. The Purpose Bitcoin ETF, which trades under the ticker symbol BTCC, accumulated $1 billion in assets under management less than two months after launching.