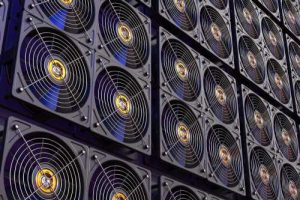 Bit Nile Looks to Be a Crypto Mining Solution for All

The company is looking to establish partnerships with assorted crypto and blockchain firms such as Bitmain so it can engage in all aspects of crypto mining such as the distribution of equipment, hosting and managing electrical power, repairing miners and computers, and extracting new units of BTC.

Bit Nile is also looking to offer its services to various startups and companies entering the mining space. The company will expand its Michigan data center’s capacity to roughly 300 megawatts. This will allow the facility to operate as many 90,000 bitcoin miners at once. Milton “Todd” Ault, III – executive chairman of Bit Nile – explained in a statement:

We are excited to launch this new division, which is built upon our more than four years of experience as bitcoin mining and data center operators and investors. The digital mining space is dynamic and can be difficult to navigate with continuous changes in product offerings and technology. We believe it is important to partner with a team dedicated to managing these changes and providing real-world solutions. We look forward to leveraging our relationships and industry knowledge to develop a robust single-stop source for all things crypto. We are proud to strengthen the cryptocurrency mining market in North America and believe we can provide our customers with reliable expertise to secure miners, power, and all the elements necessary to create a thriving operation.

The subject of bitcoin mining remains a controversial one. For the past several years, environmentalists everywhere have stated that crypto mining operations hurt the planet and pollute the atmosphere.

Elon Musk, for example, is one of the biggest bitcoin proponents out there. He stated in early 2021 that anyone looking to purchase an electric Tesla vehicle could do so with bitcoin if they preferred, though this decision was later rescinded as he felt that crypto mining bore rough consequences for the planet, and he did not want to be responsible for further pollution.

Not Everyone Is a Fan of Mining

In addition, countries like China – which at one point housed as many as 65 to 75 percent of the world’s crypto mining projects – banned the practice after Beijing implemented new regulations that were designed to make the nation more carbon neutral. Other countries such as Kosovo ultimately followed suit in the banning of BTC mining, and now it looks like the European Union (EU) is set to hold a vote that may see the end of crypto mining throughout the continent.

Since its formation, Bit Nile has worked to establish itself as a buyer and holder of disruptive technologies. The company is headquartered in Las Vegas, Nevada.