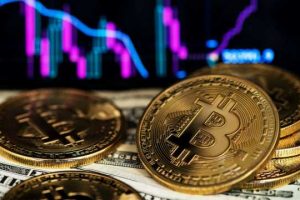 Bitcoin rose to its highest level since September, as markets prepared for the release of U.S. retail sales data. This afternoon’s economic release is expected to show a cooling off of sales, as consumers prepare for a recession. Ethereum also rose on the news, as it continued to hover close to $1,600.

Bitcoin (BTC) rose above a key resistance level at $21,400 in today’s session, hitting a fresh multi-month high in the process.

This surge in price saw the world’s largest cryptocurrency climb to its strongest point since September 13. The move comes as markets prepare for the release of U.S. retail sales figures, which are expected to decline to -0.8%, from -0.6%.

From the chart, price strength continues to hover in overbought territory, with the 14-day relative strength index (RSI) tracking at 87.92.

The next visible point of resistance is at the 90.00 mark, which could pose a challenge for longer-term bulls.

Ethereum (ETH) also moved marginally higher on Wednesday, as it continued to trade near a ceiling of $1,600.

Today’s gain in price now means that ethereum has climbed higher for ten of the last eleven sessions. As of writing, the 14-day RSI is tracking at 84.18, which like bitcoin, is deep in overbought territory.

Looking at the chart, the last time ETH traded at this point in early November, it was followed by a significant drop in price.

Many technical traders will likely pay attention to this, and a fear of history repeating itself could lead to many liquidating current positions.