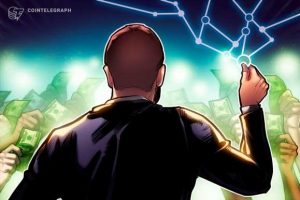 Impossible Finance, a Defi protocol built on Binance Smart Chain, has completed a $7 million seed funding round backed by over 125 institutional and angel investors — with the funds going towards the development of a multi chain DeFi incubator.

The new funding will go towards development of a multi-chain ecosystem for the project, which plans to expand to support to Ethereum and Polygon, along with deployments on layer-two (L2) solutions and other platforms in the future.

As part of the multi-chain ecosystem, Impossible is also developing an automated market maker (AMM) liquidity protocol, which will act as the backbone for a decentralized incubator and launch pad for new DeFi projects. And of course, it will launch the related Impossible Decentralized Incubator Access (IDIA) token.

Plans to expand support to Ethereum and Polygon are timely in light of a wave of recent exploits on the BSC, including a growing list of rug pulls and hacks. It raises the question of whether hacks and exploits are somehow endemic to how the platform operates, or just part of its growing pains?

In recent weeks, DeFi protocol BurgerSwap was drained of $7.2 million in a flash loan attack, along with yield protocol Belt Finance, which lost $6.3 million after a hacker exploited a flaw in the protocol’s vault.

PancakeBunny suffered a $200 million flash loan attack from a hacker who borrowed a “huge amount” of Binance Coin (BNB), and then proceeded to manipulate BUNNY’s price and dump it all and completely tank the price of the asset.  Spartan Protocol was also drained off $30 million in a coordinated attack on its liquidity pool.

Earlier this year, users of yield vault project Meerkat Finance lost $31 million on the platform due to an alleged rug pull by the developers. Uranium Finance, an AMM platform built on the BSC was subject to a hack — with the hacker reportedly swooping in to exploit a bug in Uranium’s balance modifier logic and stealing $50 million in the process.