Cardano Clears The Air Over Its Ledger Approach Amid Rising FUD 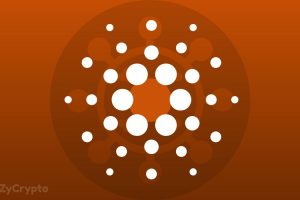 Cardano was the cynosure of attacks after its novel ledger approach was criticized by some individuals. To set the record straight, Input-Output HK, the organization behind the network’s development has shed more light on the approach that it adopts and went to ask for the unflinching support of the community.

Determinism Is The Way Forward For Cardano

IOHK in a series of tweets allayed the fears surrounding Cardano’s concurrency and ledger approach. It reiterated that Cardano is a UTxO (Unspent Transaction Output) blockchain and specifically adopts the extended model of this approach as a means to improve security and predictability.

This is a divergence from the account-based blockchain like Ethereum that is largely indeterministic. According to a post by Polina Vinogradova, a software engineer, this type of approach is often fraught with the problems of unexpected script validation outcomes and unexpected fees. This is elucidated with the problems of high gas fees and fluctuations in decentralized exchange rates amongst others.

Through the deterministic extended Unspent Transaction Output (eUTxO) of Cardano, users will be able to ascertain how the transaction will impact the ledger state. Furthermore, the team stated that “dapps are not limited to 1 transaction per block.” Users can leverage parallelism through the design of applications with multiple UTxOs and while this approach is new, protocols are already probing for their way around the concurrency debacle.

Steady Marching Towards The Big Day

The Cardano community is eagerly anticipating the Alonzo hard fork that is scheduled for September 12, 2021. The upgrade is poised to offer the applicability of smart contracts on the network which will open the floodgates to the decentralized applications.

Ahead of the event, 64% of stake pools are prepared while a proposal for the update has been successfully submitted to the Cardano mainnet. Furthermore, hundreds of developers have completed the Plutus course while several others are already in the building projects that are nearing completion. In the last week, Project Catalyst, the community-led experiment for innovation received 800 applications ahead of the hard fork which is indicative of the strides notched by the network.

Fear, uncertainty, and doubt are potential hazards that can stifle the growth of a project. With the Alonzo hard fork over the horizon, it became imperative that the development team behind the project take positive steps to quell the doubt raised by its revolutionary ledger approach.