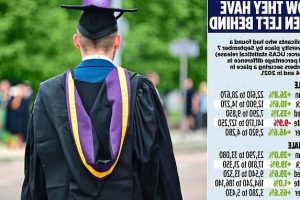 More students are winning university places in every demographic of the UK – except for white males.

Figures show that the number of white men getting on to degree courses has fallen almost ten per cent compared to 2014.

In contrast, the number of Asian men securing places has risen by 26 per cent, and Asian women 39 per cent. 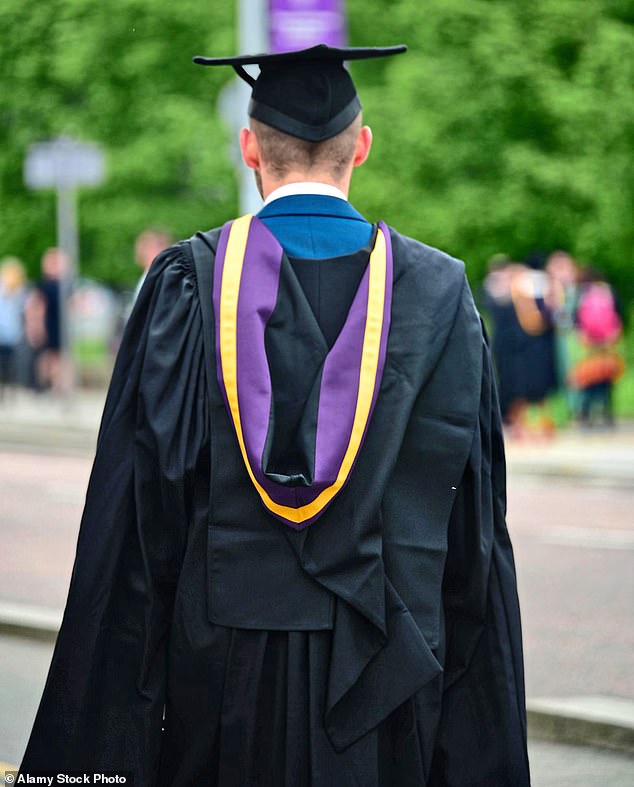 The shocking disparity has been revealed by analysis of figures from admissions service UCAS by The Mail on Sunday.

This year, a record number of UK candidates secured a place within a month of A-level results day, with 448,080 students scheduled to start degree courses this autumn, up from 441,720 last year.

The alarming statistics will renew fears that white working-class men are being left behind in the race to obtain the qualifications usually needed to get a good job, and that the Government’s ‘levelling-up agenda’ is floundering.

In a report this year, MPs found white children on free school meals – and boys in particular – persistently underperform at school compared with other ethnic groups.

As a result, just 13 per cent of white working-class boys go on to higher education. The Education Select Committee’s report warned these children had been failed by decades of neglect.

It said that universities were failing to set goals to boost the numbers of white working-class students and, most controversially, that the increasing use of the term ‘white privilege’ in debates about inequality could be divisive.

Oxford University chemistry professor Peter Edwards, said the UCAS figures highlight a pattern of underachievement among the largest group of disadvantaged pupils. ‘These young people see the continuing special dispensations such as quotas aimed at other groups who are, in fact, consistently outperforming white working-class males,’ he said. 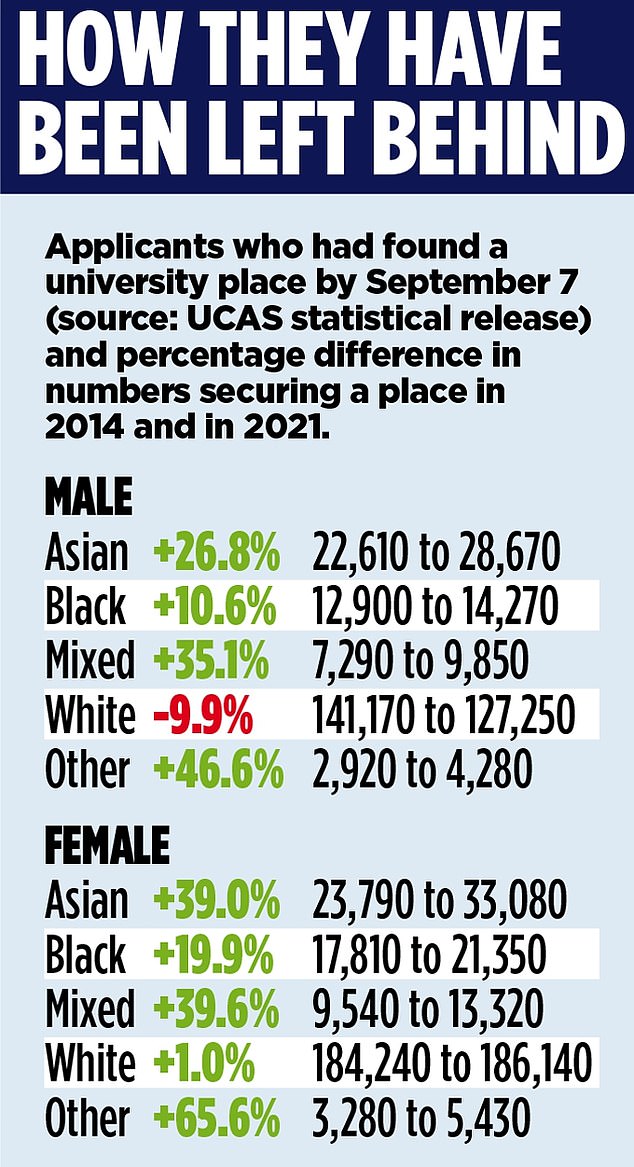 ‘I have seen the real distaste and disdain of academics for the mores of the white working-class male. These young people have much to contribute and their ambitions must now be rekindled. My concern is that their sense of feeling forgotten at the expense of other groups will lead to grave societal problems.’

Many academics are calling on the Government to tackle the issue. ‘Successive governments have failed these kids,’ said Professor Matthew Goodwin, from Kent University. ‘Everybody has become obsessed about every disadvantaged group except this one. Something has to change and Boris Johnson should be doing far more to level up these kids.’

The Department for Education said last night: ‘We have made real progress in supporting more young people from disadvantaged backgrounds into higher education with record numbers earning a place at university this year, but we know there is more to do.

‘Ensuring everyone has the opportunity to access a world-class education remains a priority, and we expect universities to do all they can to help disadvantaged students.’