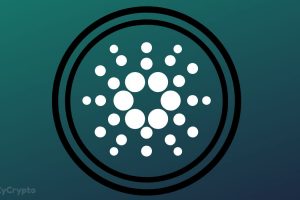 Yesterday, Cardano suffered an outage, with multiple Stake Pool Operators (SPOs) reporting that at least 50% of the network’s nodes went offline over the weekend.

According to a Telegram post by Input Output Global-the developer firm behind the Cardano blockchain, the anomaly happened at approximately 00:09:00 UTC (between block 8300569 and 8300570) on Sunday, causing approximately 50% of Cardano nodes to disconnect and restart.

Developers pointed the outage to a “transient anomaly” affecting nodes, noting that while it impacted relay and block-producing nodes, edge nodes were unaffected.

“This appears to have been triggered by a transient anomaly causing one of two reactions in the node; some disconnected from a peer, others threw an exception and restarted”, the post read.

The incident caused a brief interruption in the production of new blocks, resulting in some nodes becoming out of sync with the rest of the network. Nodes are network stakeholders responsible for processing and validating transactions. They are essential to the health and upkeep of any blockchain network.

According to the developers, “such transient issues”-even if they were to affect all nodes, were considered in the design of the Cardano node and consensus. Notably, they noted that “the systems behaved exactly as expected”, which explains the short period before the network’s recovery.

“It’s software, bugs happen, but it appears that Cardano’s design allows for things of this nature to happen and the blockchain will simply restart itself to keep going. This is what decentralization and smart software design are about – no single point of failure.”

And although the network sync had recovered to almost 100% at noon on Monday, the IOG team promised to conduct further investigations into the incident and implement further logging measures alongside their regular monitoring procedures.

Network outages have been a big issue for networks such as Solana. Validators on Solana have severally been forced to restart the network after outages persisted, at times for several hours.

Meanwhile, despite the incident, the community has praised Cardano, particularly for the network’s ability to recover in minutes without any external help.

“Very glad to see how the network reacted to this incident, makes me believe in the project even more,” one Redditor commented.

Another said, “What makes me confident is that Cardano is built solid and without shortcuts. The fact that these kinds of problems were thought of and handled long before they occur is impressive.”

Notably, ADA, the native token for Cardano, continued to hold up strongly during and after the incident. At press time, the crypto asset was trading at $0.37, down 1.62% in the past 24 hours, according to data from CoinMarketCap.