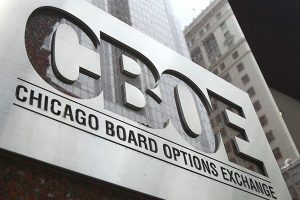 Cboe FX Markets, a prominent forex market operator and trading solutions provider, has announced on Tuesday the official launch of an algorithmic execution service jointly with XTX Markets, an electronic liquidity provider. According to the press release, the offering will enable Cboe FX users to access the XTX Markets Execution Algo (XTX Algo).

That said, participants will be able to get the service via the Cboe FX ECN, as the provided has been granted exclusive rights over the use of the XTX Algo product. The traded pairs available through the service include EUR/USD, USD/JPY, GBP/USD, AUD/USD, USD/CAD, USD/CHF, and USD/CNH. “We are excited to be working with Cboe FX to enhance the distribution of our FX Algo product, which furthers our ability to reduce the FX community’s trading cost when patiently executing larger orders. We look forward to helping the platform’s participants benefit from our scale and market-making expertise in FX,” Jeremy Smart, Global Head of Distribution at XTX Markets, commented on the announcement.

Cboe FX participants could also leverage the usage of XTX Algo’s Transaction Cost Analysis (TCA) capabilities, initially available on the Cboe FX API, which although it’s initially available in its New York-based matching engine, the firm expects to expand it further to London if the customer demand requires it. “As the use of algorithms become more prevalent in the spot FX market, we couldn’t be more excited to be utilizing the expertise of a best-in-class FX market maker. This service will offer greater choice and transparency to Cboe FX’s participants in how they access liquidity as they seek to improve their execution quality, demonstrate best execution, and drive automation within their FX operations,” Jonathan Weinberg, Head of Cboe FX, pointed out.

Early this month, Cboe FX Markets reported an average daily volume (ADV) of $28.9 billion during August, significantly lower than July 2021. In terms of the total FX volume, the number reached $636 billion in August 2021, which is down by approximately 11% compared to July 2021.