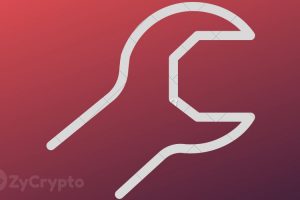 The Florida-based crypto lender, which is headed by C.E.O Alex Mashinsky has been thrust into an enduring thread of financial problems since the Terra’UST crash which saw investors’ appetite to withdraw their holdings with centralized crypto custodians surge drastically.

Last week, Celsius announced that it was pausing all withdrawals, Swaps, and transfers between accounts due to “extreme market conditions” sparking a brutal crypto market meltdown on Monday.  In the June 13 announcement, Celsius had expressed fears of its dwindling reserves stating that its ultimate objective was to stabilize liquidity before restoring the paused functions.

According to sources, apart from taking substantive losses from investments in various protocols including Luna and Anchor, Celsius is also reportedly struggling with repaying loans it borrowed from various DeFi platforms such as DAI which were collateralized with staked-ETH, wrapped-BTC, and wrapped ETHER.

Whereas the ongoing crypto market sell-off has wiped out a substantial amount of value from its holdings, Celsius also has its hands tied by the staked ETH “stETH” making it hard to offset outstanding loans. Currently, the firm is holding a massive $409,260sETH on Ethereum’s beacon chain which can only be accessed after the merge. This has left the company with extremely limited options including considering additional financing from new investors as well as financial restructuring, according to people familiar with the matter.

That said, Akin Gump will thus not only guide Celsius through available corporate restructuring options but is also likely to represent the firm in possible future court cases with disgruntled users.

Celsius is a “decentralized” or “DeFI” bank that lends and borrows crypto much like a bank does for fiat for a profit. The lender’s allure however lies in the unconventionally high yields it offers for cryptocurrency deposits. It is also not regulated under conventional banking laws making it a high-risk investment venture.  According to its website, the firm managed $11.8 billion in assets as of May 17, down from just over $25B in October last year.

As of reporting, Celsius is yet to resume the paused functions with a tweet on Tuesday stating that the firm had suspended all Twitter spaces this week to allow it to work “around the clock for our community.”