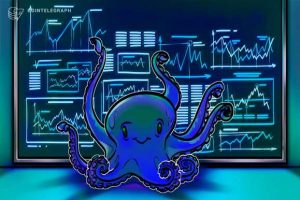 On Wednesday, cryptocurrency exchange Kraken announced that it would continue to hire over 500 roles in various departments amid a market downturn. The company’s hiring efforts are in stark contrast to a week of severe layoff announcements from major blockchain firms such as Coinbase, BlockFi, etc. In support of the decision to expand its staff, Kraken said:

“We have not adjusted our hiring plan, and we do not intend to make any layoffs. We have over 500 roles to fill during the remainder of the year and believe bear markets are fantastic at weeding out the applicants chasing hype from the true believers in our mission.”

However, Jesse Powell, Kraken’s CEO, also expressed critical remarks over a small subset of employees at Kraken, estimated to be 20 out of 3,200 people. As told by Powell:

“I think we’ve developed some really thoughtful policies that might not appease woke activists but work for the other 99% of the world.”

Powell explained that the said employees possessed great talent, but were not a fit for the company as they were accused of focusing on “minor sights” and “first world problems” instead of the company’s stated mission of bringing financial inclusion to billions of people around the world. “Most people don’t care and just want to work,” said Powell when addressing the various social topics raised by the said subset of employees.

As the year progressed, the cryptocurrency exchange became known for its frank and honest approach to everyday operations. In April, Powell made the decision to close down Kraken’s San Francisco headquarters, citing rampant crime in the area and specifically named the city’s District Attorney Chesa Boudin as being responsible.