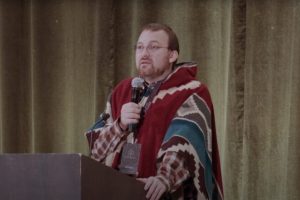 On Monday (14 November 2022), Charles Hoskinson, Co-Founder and CEO of Input Output Global (aka “IOG”), the blockchain technology firm behind Cardano’s R&D, expressed what should be a key takeaway from the FTX fiasco.

And here is how Sam Bankman-Fried (aka “SBF” on social media platforms), the Co-Founder of FTX.com, announced the collapse of the FTX empire:

On 12 November 2022, in a video update (“More on FTX and the Industry”), Hoskinson had this to say (according to a report by The Daily Hodl) about the FTX collapse:

“Crypto didn’t fail. People failed. People in positions of trust. At the end of the day, as much as we like to believe in the principles of cryptocurrency, this had everything to do with people putting their money in centralized exchanges and organizations entrusting centralized businesses to do something on their behalf...

“This is unfortunately the consequence when you have people who don’t know what they’re doing get into positions of power and trust and create cascading and catastrophic damage. This is just the tip of the iceberg. If you look at the financial relationships that FTX had, as we go down the list, it could create a cascade of insolvencies and unfortunately crypto doesn’t get a bailout, but our competitors do…

“[FTX] could end up being the straw that breaks the camel’s back, and changes, at least in the short to mid term, how cryptocurrencies work in America. In particular, it changes the appetite lawmakers have for giving the industry a pro-growth freedom mandate.

On 13 November 2022, during a Twitter Space co-hosted by Mario Nawfal, who is the Founder and CEO of IBC Group, the IOG CEO had this to say about FTX:

“There are tribes in the institutional side of the cryptocurrency space and so you have like the Galaxies and you have Barry’s Grayscale and then you have the really big guys, like BlackRock, JPMorgan Chase, and Goldman Sachs.

“FTX was definitely a clique and in those circles you have like Three Arrows Capital and Voyager and and obviously everything Alameda touched, so Solana, there was an investment in Polygon. I think even Messari got an investment. There’s over a hundred and thirty companies that the tentacles of FTX touched and probably about 50 billion dollars of value in that entire circle and it looked like it’s a good old-fashioned Ponzi scheme, where basically they cook the books, they appeared to be a lot richer than they actually were.

“They amplified that by a flurry of acquisitions in trying to be the the crypto strong man during a bear market, alongside a lot of paid sponsorships like the relationship with Tom Brady and Giselle, you know, putting their name on arenas and these types of things, but at the end of the day, they owed a lot more and were leveraged a lot more than liquidity that they had on hand.

“And I guess Sam was playing a game of ‘well, as long as nobody pushes us too hard, when the bull market comes back, all these illiquid assets will become liquid, they’ll get a 10x or 20x, I can sell them, I can make everything right, and then I’m gonna walk away with like 30 billion dollars’. I mean, that’s let’s literally what Bernie Madoff had at the back of his mind and the 2008 financial crisis, basically, pushed it to a point where he could no longer hide the shell game that he was doing and he was basically forced to fess up and admit it.“

Then, on 14 November 2022, when Cointelegraph asked on Twitter people to name “the biggest lesson” they have “learned from the FTX collapse”, Hoskinson replied in a way that suggested he feels now more confident than ever in Cardano’s approach to protocol development: