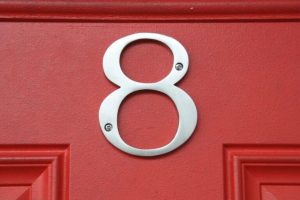 His comments about Cardano came during a conversation with pseudoanaymous crypto analyst “Crypto Jebb” (@CryptoJebb on Twitter).

“I love Cardano… I think Cardano and Ethereum are going to be around for a long time. I think Polkadot factors in somewhere, but I really personally believe more in Ethereum and Cardano… I think that Polkadot has a place, I think Elrond has a place, and Solana has a place, but I think we’re looking at the two giants here and I think they’re going to remain that way. We’re seeing now some institutions are looking at Cardona and I think there’s a reason for that. They understand the long-term play.“

Then, Crypto Jebb talked about what he thinks will happen to Cardano over the coming months:

“One of the reasons that I love Cardano is that unlike Ethereum it actually has a maximum supply of 45 million coins. Ethereum does not, at the moment, have a maximum supply, which means that it is subject to continual inflation unlike Bitcoin and in this case unlike Cardona. So while both of them do something similar, as far as an investment in the coin… the coin itself has to be able to maintain value over time…

“I think Cardano is going to do exceptionally well in the long-term, especially as it’s coming out of that price discovery phase that happened in quarter four of last year. It’s rallied up to a dollar and 48 cents, and I think based on all the fundamentals that you and I are talking about here, it’s going to go much higher. I think in the next two years, it could go between $5 and $15. In fact, in the next couple of months, I think it’s going to go to more like two or three dollars.“

Armstrong then gave his own price prediction for Cardano: that he believes Cardano’s ADA token will be trading around $8 by “the end of the altcoin cycle”, which he thinks will be “around Halloween” (i.e. October 31). Featured Image by “Liza” via Pixabay.com