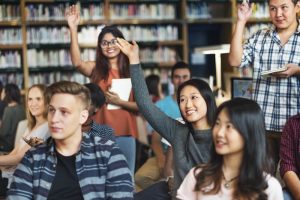 The CCI Is Here to Dispel Some Myths

The CCI is all about education and seeks to provide the information necessary to ensure companies and individuals alike know what it is they need to do to get involved in cryptocurrency and make smarter decisions. Chief policy officer at Paradigm Gus Coldebella explained in a recent interview:

This work will require sharing insights and analysis about crypto while correcting the misperceptions that inevitably accompany a transformative new technology. We know that crypto holds immense promise for spurring economic growth and creating jobs, improving financial inclusion and access, and enhancing privacy and security – and that promise transcends borders.

Coinbase – one of the companies involved in the alliance – is one of the largest cryptocurrency exchanges in the world. Stationed in San Francisco and founded in 2012, the company announced a decision to go public last December. Traders will have access to its stock beginning on April 14 next week when it is traded on the Nasdaq.

In addition, Square – a payment platform owned and run by Jack Dorsey – is also on board. The company has been a huge advocate for bitcoin and digital currency in the past, making tons of revenue by allowing bitcoin trading through its platform. Furthermore, the company has thus far invested nearly $200 million in the world’s number one digital currency and was one of the first institutions to invest so much in the asset along with companies like MicroStrategy.

One of the big things the organization (CCI) says it will do is help people get the right impression about crypto. Right now, there are many myths and false statements floating around regarding how digital currencies work, what they do and what risks may or may not be involved. The CCI is hoping to clear the air on a lot of these issues and potentially persuade more people to become involved in the world of digital currencies.

If You Want to Learn, Now Is the Time

The organization believes now is the right time to launch itself given that the cryptocurrency world has exploded over the past year. Bitcoin, for example, is trading in the high $50,000 range and has stayed here for some time. Recent surges of altcoin prices have also brought the crypto space up to a whopping $2 trillion total market cap.

This figure, in turn, is more than double what the crypto space amounted to at the beginning of the year. In early January, the crypto space was worth only about $750 billion, though by the end of the month, it had reached $1 trillion. The fact that it has doubled in size that quickly shows just how fast crypto is catching on.