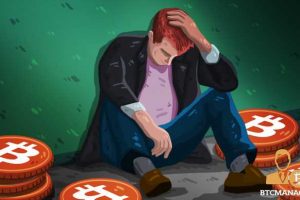 A member of South Korea’s National Assembly has stated that the debts of the country’s younger generation saw a massive increase due to investment in cryptocurrency, stocks, and real estate.

According to the Korean Hearld on Thursday (June 7, 2021), Rep. Kim Han-jeong of the Democratic Party of Korea made his statement based on data by the Financial Supervisory Service. The younger generation in the data comprised millennials and generation Z (Gen Z), which also included people born from the 1980s.

The data presented by the government official showed that back in 2019, the younger generation accounted for 33.7 percent of South Korea’s household debt. The percentage increased to over 45.5 percent in 2020, and further rose to more than 50 percent in 2021.

Meanwhile, Han-jeong stated that the massive debt incurred by millennials and Gen Z came from investment in crypto and other markets. According to the government official:

“They have been lending excessively to buy real estate amid surging asset prices. The young generations have been burying themselves in stock investment and buying cryptocurrencies.”

Indeed, there has been a feverish cryptocurrency trading mania among young people in South Korea. The young investors mostly turned to altcoins for exponential gains, most of which were smaller cap ‘coins’, while there was a decrease in bitcoin trading activity on South Korean exchanges.

The high interest in altcoins caused concern for the South Korea’s banking association, which called on its members to carry out audit on such coins offered by crypto exchanges, to reduce exposure to risks.

However, young investors in the country may not have a chance to recover their money because of the massive purge of altcoins from crypto exchanges, especially if these pump and dump ones are part of the coins exchanges are delisting.

Back in June, South Korea’s largest cryptocurrency exchange by trading volume, Upbit, removed 24 altcoins, after earlier delisting five coins. Another exchange, Coinbit, has a total of 36 coins either delisted or on the warning list. Bithumb also removed some altcoins from its exchange.

The mass delisting that occurred mostly in June happened as crypto exchanges are seeking to partner with commercial banks. As part of South Korea’s crypto regulations, companies are required to partner with local banks before registering with the Financial Services Commission’s (FSC) Financial Intelligence Unit (FIU).

Exchanges are also required to submit records of transactions and label suspicious transfers to the FIU. Failure to do so could earn the defaulting crypto exchange a jail term or a fine.

South Korea continues to maintain a strong grip on the cryptocurrency industry. As previously reported by BTCManager, the FSC issued a new rule that would mandate banks to classify exchange clients as “high-risk.” The policy will see commercial banks imposing strict ID verification and transaction monitoring protocols.