Passenger arrested after taking over small plane in Alaska 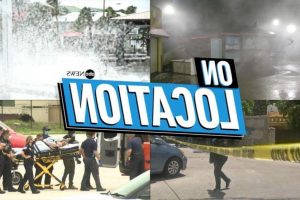 JUNEAU, Alaska — A passenger on a plane bound for a tiny western Alaska community took control of the plane’s yoke and caused it to nosedive before the pilot was able to regain control and safely land the aircraft, Alaska State Troopers said.

The incident occurred Wednesday on a flight between Bethel and Aniak, which is about 90 miles (145 kilometers) northeast of Bethel. Troopers said a preliminary investigation showed that an 18-year-old passenger got up from his seat and took control of the yoke before the pilot was able to regain control of the plane with help from passengers who pulled the man away.

Messages left by The Associated Press for a troopers spokesperson, the Federal Aviation Administration and the local district attorney were not immediately returned Thursday.

Dan Wheeler, station manager for Ryan Air in Aniak, referred calls to the airline’s corporate office in Anchorage. A message left there was not immediately returned.