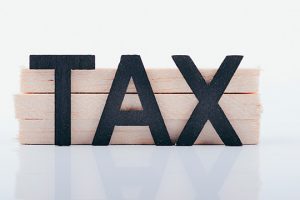 The U.S. tax agency is still keen on issuing guidance for the digital currency industry. In a recent policy plan for the upcoming year, the Internal Revenue Service (IRS) listed it as one of its priorities, even as digital currency holders in the country are still waiting for definitive regulations to guide their tax reporting.

The IRS joined hands with the U.S. Treasury Department to release the Priority Guidance Plan for the 2021-2022 fiscal year recently. In it, “guidance concerning virtual currency” ranked under the general tax issues. The tax agency also listed ‘regulations regarding information reporting on virtual currency under §6045’ as a priority for the upcoming fiscal year.

Despite the slow pace in defining the taxation rules, the IRS has made it clear that it’s not going to let up on its digital currency tax pursuits. Three months ago, it released its budget and performance report for the fiscal year 2022, outlining how it intends to ramp up its efforts to go after virtual currency holders who weren’t honoring their tax obligations.

The measures include awarding contracts to firms that will help them go after these tax delinquents. For this, the agency requested for an additional $32 million from Congress to boost its digital currency and cyber operations. The funds will go towards, among others, a project it has already started in which it’s building out a full internal dashboard for virtual currency and blockchain analytics.

Last month, the IRS sent one of its agents undercover to bust a digital currency money laundering, tax evading, and drug dealing ring. The agent went by the name Mr. Coins and managed to transact over $200,000 in BTC on Localbitcoins.com in order to apprehend an Indiana dark web drug dealer.

Watch: CoinGeek Zurich presentation, The Original Bitcoin Protocol: What Is It and Why Does It Matter