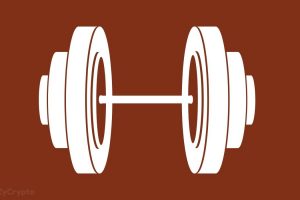 Ethereum and Tron have had a history of contention. Offering similar services, the two blockchain networks have been going head to head in several measures of blockchain success. Even their founders, Vitalik Buterin of Ethereum, and Justin Sun of Tron have taken jabs at each other online severally.

In the past year, the rivalry has only intensified further. The year 2020 was a great year for Tron as they celebrated several record-breaking events. One of Tron’s DeFi platforms, JustSwap, which launched in August 2020, facilitated $100M in trades in its first 24 hours.

Since then, the Tron network has still come forth with more success. Setting out in 2021 to focus on growing and scaling their new DeFi infrastructure and expanding functionalities, they have broken new records. One of such records is the fact that the volume of Tether on the network has surpassed the volume of the stable coin on Ethereum.

As noted by the director of digital assets strategy at VanEck, Gabor Gurbacs, in a tweet, of the $62 billion worth of Tether’s stablecoin, USDT, in circulation, $31B is on the Tron network while $30 billion is on the Ethereum network.

To add to that, Tron has also been crushing Ethereum in other metrics. As transaction costs on Ethereum were becoming higher due to high network congestion, more users moved over to other blockchains and Tron was one of the major beneficiaries of the move. Tron traditionally has a faster transaction speed than the Ethereum network, with Tron’s transactions taking about 15 seconds to complete, while Ethereum takes up to 15 minutes to complete. Tron is also thought to be more scalable than Ethereum and with more advanced technology hence it saw its usage increase thanks to congestion on Ethereum.

Ethereum, while it waits to move to a proof of stake protocol that will see its congestion and high transaction fee problems greatly reduced, is gathering a growing number of threats to its prestigious position.

Our recent report detailed how Polygon (MATIC) was also vying to overtake Ethereum to become the new home of NFTs with its newly funded Polygon Studio. They just launched a $100 million fund for the project that will concentrate on bringing NFTs to the gaming world on their blockchain that could overthrow ethereum as it would offer cheaper, faster NFT transactions.

Additionally, Binance Smart Chain (BSC) the native decentralized smart contract blockchain of cryptocurrency exchange, Binance, is also one of the contenders against Ethereum. The network’s active addresses recorded a high of 2,105,367 addresses on June 7, 2021 – more than double Ethereum’s all-time high of 799,580 addresses on May 9, 2021, despite the network being way younger.

With all the competitors closing in, Ethereum is in a race against time to integrate all its upgrades in order to gain steam again. The soon-to-be-live London update and the ETH 2.0 upgrade will bring them back into fighting shape. Should they be successful, there is great optimism for the network retaining its spot, and even going on to flip Bitcoin.