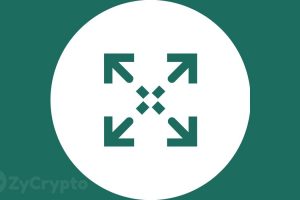 Fidelity Digital Assets has announced plans to hire close to 100 employees in efforts to support its expanding business in some of its locations including New York Boston, Durham, and Salt Lake. 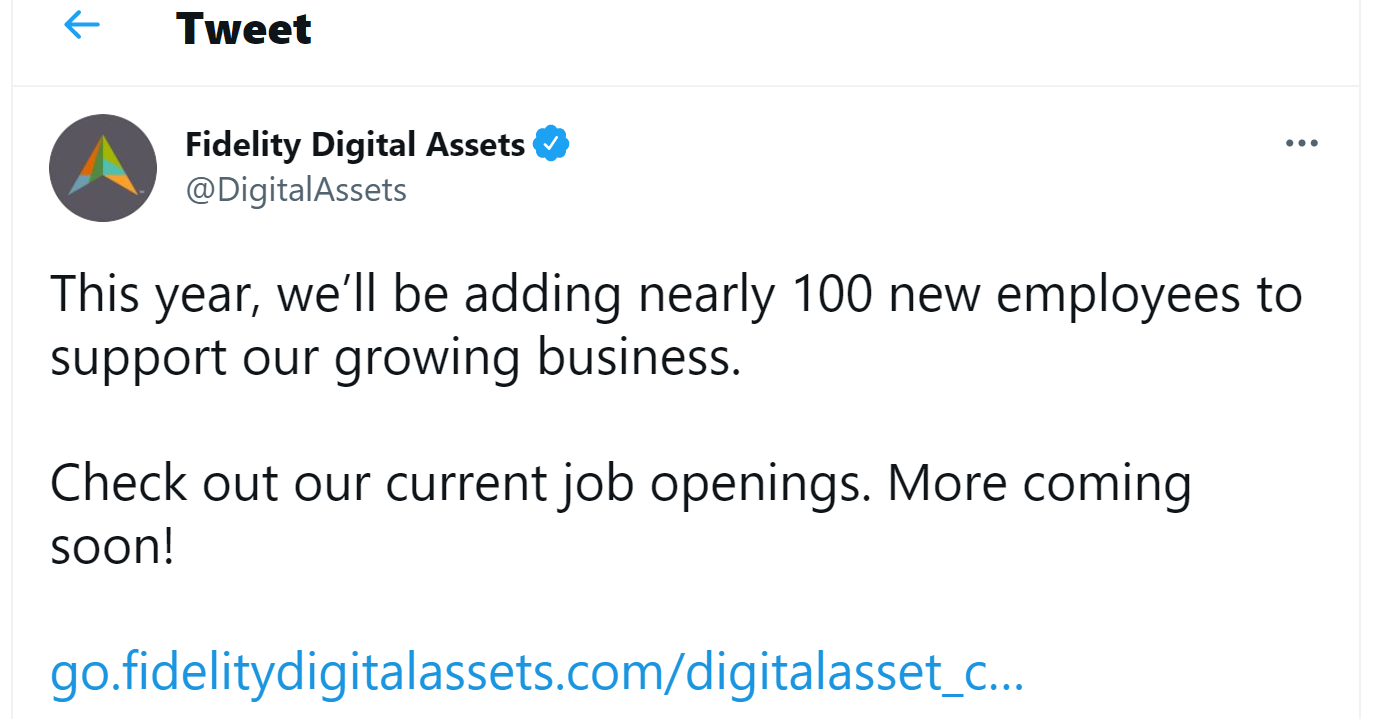 In a tweet posted on its official page on Monday, the institution that offers solutions for asset classes further called on interested candidates to submit their applications for considerations for many of the positions that it aimed at filling.

The company has recorded an exponentially increased interest in the digital asset class by investors, which has been fuelled by positive sentiments on the future of cryptocurrencies.

“Among U.S. investors, we saw growth across all categories including familiarity, positive perception, and appeal, current exposure, propensity for future investment, and more in this year’s results. The strength of concerns about digital assets among U.S. investors also declined relative to last year’s survey. In this report, we provide key data points from the survey along with our incremental commentary and interpretation of the results based on our experience serving institutional investors in the digital asset industry.”

During this ascent, various institutional investors developed a lot of interest and purchased Bitcoin, including Tesla, MicroStrategy, and Square.

These companies have since held onto their holdings despite the May crash with MicroStrategy constantly buying the dip. According to data provided by crypto treasuries, a total of 32 companies currently hold 338,018 Bitcoins as of today. Other investors such as the George Soros Asset management fund have hinted at plans to purchase Bitcoin in the future.

Prior to the May plunge, some companies and hedge funds made it public that they had sold some of their Bitcoin holdings in April prior to the drop.

Dubai based FD7 ventures announced in February that it had sold their holdings in Bitcoin with plans to buy Cardano with its well over $750 million in bitcoin. Prakash Chand, FD7 managing partner has however hinted on plans to buy back the asset due to its proven value.

With increased interest in allocating a section of institutional funds to digital assets, investment firms such as Fidelity Digital Assets are being forced to hire crypto-skilled personnel to handle their increasing workload.

There has also been an increasing demand for a crypto-skilled workforce in other sectors with traditional banks and hedge funds.

Some of the skills that are currently in high demand include, blockchain developers, market analysts, financial managers, data analysts among others.