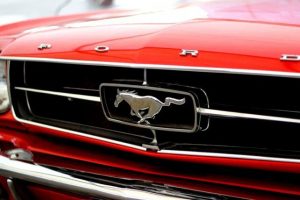 The American car manufacturer Ford, famous for its Mustang sports car and F-series pick-up trucks, has filed a trademark application to offer digital products in the metaverse.

According to a report by Cointelegraph, Ford Motor Company is preparing for the virtual age and Metaverse by filing 19 trademark applications across its major car brands. The report cited a tweet from United States Patent Trade Office (USPTO) licensed trademark attorney Mike Kondoudis showing that Ford is making its move into the Metaverse with a recent series of filings.

The filings, which were officially registered on September 2, include plans for “virtual cars, trucks, vans and clothing,” in addition to establishing an online retail store and services for non-fungible tokens (NFTs).

Ford is considering its options for the Metaverse, including the creation of downloadable artwork, text, audio and video featuring its branded line of cars, SUVs, trucks and vans, with product authentication utilizing NFTs.

As noted by Cointelegraph, the car manufacturer’s foray into Web3 is less than a month after Executive Chairman Bill Ford and CEO Jim Farley announced substantial layoffs for staff across its global workforce in an effort to reduce expenditures.