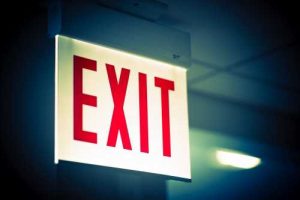 In a recent statement, she described the party as “elitist” and a group of “warmongers” that’s taking the world closer to nuclear Armageddon. She explained:

I can no longer remain in today’s democratic party that is now under the complete control of an elitist cabal of warmongers driven by cowardly wokeness, who divide us by racializing every issue and stoke anti-white racism, actively work to undermine our God-given freedoms, are hostile to people of faith and spirituality, demonize the police and protect criminals at the expense of law-abiding Americans, believe in open borders, weaponize the national security state to go after political opponents, and above all, dragging us ever closer to nuclear war.

Discussing her bid for the role of commander in chief, she said:

I ran for president in 2020 because I knew that this is where we were headed. All the signs were there. I raised this issue every single day during the campaign and on the national debate stage for those of you who may have come to a town hall or who were watching, I’m sure you noticed, but the politicians and the media completely ignored it.

In her statement, she invited other members of the democrat party that have grown tired of the wokeness the institution appears to be building itself upon to join her in leaving. She commented:

If you can no longer stomach the direction that the so-called woke democratic party ideologues are taking our country, I invite you to join me… President Biden and democratic party elites have pushed us to the precipice of nuclear war, risking starting World War III and destroying the world as we know it.

Using the FBI to Attack Your Political Enemies

Gabbard also expressed a lot of anger and distrust regarding the FBI’s recent raid on Mar-a-Lago, the Florida home occupied by President Donald J. Trump. She said:

The raid of MAL is another escalation in the weaponization of federal agencies against the regime’s political opponents, while people like Hunter Biden get treated with kid gloves. Now, the regime is getting another 87K IRS agents to wield against its adversaries? Banana republic.

Gabbard has freely admitted to owning digital currency about five years ago, though her investments stand at “zero” as of 2020.