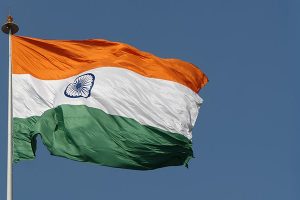 The Indian government is expected to bring some regulatory clarity on the country’s booming cryptocurrency industry by labeling crypto exchanges as e-commerce platforms, local media Business Standard reported on Wednesday.

This expected step will bring the Indian crypto exchanges under the goods and services tax (GST) regime that will prompt them to levy a one percent tax collected at the source. However, the collected taxes can be set off later according to the investors’ tax liability.

If the rules come into effect, all the crypto exchanges operating in the country will need to register themselves under the Indian GST regime.

In addition, the report details that the government may classify crypto exchanges into three categories: the ones that act as facilitators, the brokerages that allow buying and selling, and trading platforms that provide an interface for trading.

Also, the government might see the use of blockchain technologies as an export that might bring down the tax on crypto startups.

In Dire Need for Regulation

India has a high crypto penetration among its citizens that has resulted in the spawning of several crypto exchanges. However, the regulatory scenario remains very unclear.

Recently, the Indian government conducted a high-level meeting with cryptocurrency on its agenda. Though a previous draft bill was expected to ban cryptocurrency circulation in the country, the recent stance of the government switched to being extremely lenient.

Furthermore, the popularity of cryptocurrencies in the country encouraged local exchanges to run rampant ad campaigns across all media streams. However, with the possibility of the coming regulations, that might add some restrictions on crypto promotions, several top exchanges have decided to abstain from running ads.