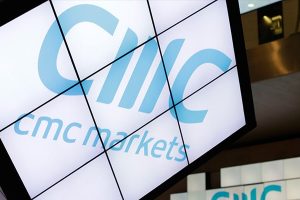 CMC Markets (LON: CMCX) published its interim results for the six months between April and September, reporting a net operating income of £126.7 million, which is in line with the company’s expectations.

The operating income for the half-yearly period decreased by 45 percent compared to the previous year’s £230.9 million. The revenue from CMC’s leveraged trading businesses dropped by 50 percent to £101 million, whereas non-leveraged net trading revenue slipped 8 percent to £24.2 million.

The pre-tax profits of the group came in at £36 million, which is 74 percent down from the profits generated in the first half of the previous financial year. In addition, basic earnings per share slipped from 38.3 pence to 9.6 pence.

Though the financial metrics of the London-headquartered company pulled back heavily from the peak it achieved in 2020, the latest numbers came in much higher than the pre-pandemic levels.

When compared with figures between April and September in 2019, the recent net revenue was 24 percent higher, and the pre-tax profits surged by 20 percent.

“I’m very pleased to see the business is operating well above pre-pandemic levels across all our business lines,” CMC CEO, Lord Cruddas said. “This is testament to the resilience and quality of our platform and offering.”

Moreover, Wednesday’s official announcement has detailed that the number of leveraged active clients slipped by 9 percent year-over-year to 53,834 with a per-client leveraged revenue of £1,877, which is 45 percent lower than the previous year.

However, the number of non-leveraged active clients strengthened by 10 percent with an absolute figure of 185,847.

Meanwhile, the CMC is mulling to separate its leveraged and non-leveraged businesses with the formation of two entities. This, according to the company, will maximize shareholder value.

“We believe it is right for us to evaluate the viability of separating the businesses in order to unlock the significant value within the current Group structure,” Lord Cruddas added.