Majority of Korean crypto exchanges to shut down this month, insiders say 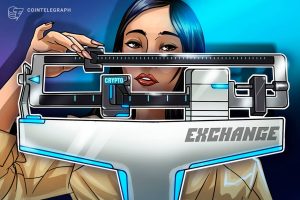 The deadline for South Korean crypto exchanges to meet new compliance requirements is looming fast, with all operators expected to submit requests for an official license with the Financial Services Commission (FSC) no later than Sept. 24.

Industry actors and representatives for smaller exchanges have contested the new requirements for much of the past year, yet without success. Now insiders reportedly expect that close to 40 of the country’s estimated 60 crypto operators will be forced to shut down.

The crux of their objection has been the obligation that all exchanges show evidence that they are operating using real-name accounts at South Korean banks. The FSC has justified by arguing that there is a high demand from customers for more protection for their assets held at smaller crypto platforms. Yet South Korea’s banks have, for the most part, refused to engage in any risk assessment process for applicant exchanges, except for the country’s top four trading platforms.

These four exchanges – Upbit, Bithumb, Korbit and Coinone – already account for over 90% of South Korea’s total traded volume, and experts have in recent months made the case that the FSC’s new framework is poised to further cement the country’s crypto space as a monopolized market.

Moreover, estimates by Kim Hyoung-joong – a professor and head of the Cryptocurrency Research Center at Korea University – predict that the mass exchange closures will eliminate 42 “kimchi coins” – a moniker for smaller altcoins that are listed on smaller platforms and traded against the Korean won. Lee Chul-yi, head of local crypto exchange Foblgate, has told the Financial Times that:

“A situation similar to a bank run is expected near the deadline as investors can’t cash out of their holdings of ‘alt-coins’ listed only on small exchanges. […] They will find themselves suddenly poor. I wonder if regulators can handle the side-effects.”

With altcoins estimated to account for 90% of traded volume in South Korea’s crypto markets, the FSC has reportedly advised those exchange operators who expect to shut down to notify their clients no later than Sept. 17. Cho Yeon-haeng, president of Korea Finance Consumer Federation, has claimed that customer protection is unlikely to be the priority for those exchanges facing imminent closure and that “huge investor losses” are therefore expected due to the freezing of assets and suspension of trading on smaller platforms.

The new measures have been designed to curb Koreans’ enthusiasm for crypto trading amid concerns that retail investors, especially those from younger generations, are borrowing excessively in order to trade as they struggle with suppressed wages, a frozen job market and ever-rising real-estate prices.