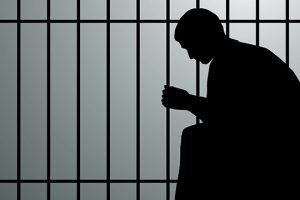 A digital currency scammer accused of making claims and doctored accounting reports faces 20 years behind bars after pleading guilty to his crime. Authorities said Michael Ackerman lured investors with promises of exorbitant returns from BTC trading, but all he did was doctor financial reports to look profitable all while siphoning investors’ funds.

Ackerman founded his purported investment scheme in 2017, back when the market was caught up in the hype of astronomical returns, law enforcement authorities said. He solicited funds from hundreds of investors, in U.S. dollars, which he promised to invest in BTC and other digital currencies. He claimed to be the chief trading officer and told investors that the firm’s proprietary trading algorithm was generating consistent returns of at least 15% every month.

By December 2019, investors had contributed $37 million. Ackerman lied to them that he had transformed this investment into a fortune of at least $315 million. He used this pitch on the existing investors as well as new prospects.

However, as the U.S. Department of Justice (DoJ) reveals, all the claims were false. In reality, the primary trading account Ackerman used on the exchange never exceeded $5 million. To prove he was making outrageous profits, Ackerman would doctor numerous screenshots which he presented to the investors.

Rather than invest the funds, he stole at least $9 million, according to the DoJ. He used this money on a lavish lifestyle that included multiple pieces of real estate and expensive jewelry, vehicles, travel, and personal security services.

“As he admitted today, Michael Ackerman raised millions of dollars in investments for his fake cryptocurrency scheme by falsely touting monthly returns of over 15 percent, falsifying documents to con investors into thinking his fund had a balance of over $315 million, and spending millions in investor funds on himself,” U.S. Attorney for the Southern District of New York Audrey Strauss said.

The 52-year-old pleaded guilty to one count of wire fraud which carries a maximum sentence of 20 years in prison. He is to be sentenced on January 5 next year.

Under the terms of his plea agreement, Ackerman will make restitution of $30.6 million and forfeit $36.3 million.

The U.S. Commodity and Futures Trading Commission (CFTC) has been going after Ackerman as well. Last year, it requested an entry of default judgment against him after he failed to respond to its lawsuit. The CFTC had accused the Ohio resident of being behind Q3, a scam that made off with $33 million of BTC investors’ money.