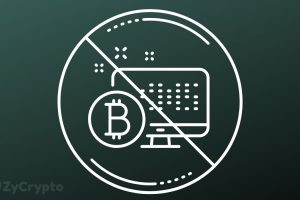 The Nigerian government and Bitcoin are not peas in a pod but one official is speaking out against the decision of the government.

Prince Clem Agba, Minister of State for Budget and National Planning has stated the decision of the Federal Government to pass anti-crypto regulation could have grim consequences for the country in the future. His comments were contained in a recent report by Bloomberg.

The minister noted that “uncertainty in regulating cryptocurrencies risks denying government and citizens the chance to maximize opportunities from the technology,” according to Bloomberg’s report.

Agba’s statement comes in the face of rising inflation plaguing the African country. Nigeria suffers from a currency devaluation and double-digit inflation as millions of households seek alternatives out of the rut. Bitcoin and cryptocurrencies were the method of choice for the country’s youth as they led adoption rates in Africa and according to Paxful, Nigeria ranked second place after the US on its platform.

In February, the hearts of crypto enthusiasts were broken after the nation’s central bank announced that it had banned financial institutions and banks from facilitating bitcoin transactions. The subsequent crackdown drove traders to use peer-to-peer platforms to continue their trading activities. Several reports suggest that the country’s hard stance against cryptocurrencies is a result of the EndSars protests that rocked the country in October 2020 where Bitcoin was used as the main means of donations for protesters.

“There’s a direct line that can be drawn from the EndSars protests – which carried on partly with funding from cryptocurrency even though CBN restricted several accounts – to these latest regulations,” noted Joachim MacEbong, an analyst at SBM Intelligence.

The Government’s Attempt To Allay Investors

After the crypto ban and forceful closure of accounts affiliated with cryptocurrency trading, the country launched its CBDC after a rocky attempt. The CBDC called the eNaira was envisaged by the government to replace cryptocurrencies by improving financial inclusion and digitizing the payments.

The CBDC mimics cryptocurrencies as it is built using blockchain technology, stored in a digital wallet, and can be transferred at zero cost. However, it lacks the decentralization of cryptocurrencies as it is within the direct control of the CBN. The eNaira is subject to the daily transaction limits and other stratifications that are dependent on citizens possessing certain means of identifications.