Home » Crypto » Ric Edelman on the Future of Crypto

Ric Edelman on the Future of Crypto 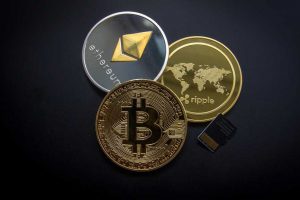 Ric Edelman is the author of a new book called “The Truth About Crypto.” As a former financial adviser and wealth executive, Edelman sat down for an interview and offered his thoughts about what we can expect to see in the digital currency space in the coming years and months.

Ric Edelman on Where Crypto Will Go

Edelman started out by discussing the present crypto winter and what it means:

A crypto winter refers to a major decline in the prices of bitcoin, Ethereum, and other digital assets. Seven times in bitcoin’s history, it has fallen in price by 70 percent or more, and that has become known as a crypto winter. It is not uncommon for emerging new technologies to experience major declines of this degree or of this frequency. If you look at the first 12 years of Amazon, Apple, [or] Google, you’ll see very similar price performances of their stocks in their early years of development. It’s routine as you’re innovating a new technology, gaining market share, and achieving maturity that you see massive price volatility along the way to producing unprecedented levels of profits. Even though bitcoin has experienced these massive declines many times, it has generated a 40 million percent total return since inception. Even since 2018, even though bitcoin is now down 70 percent since November, since 2018, it’s up seven times — not seven percent — seven times. This is what innovation is all about, and you need to maintain a long-term perspective and be willing to tolerate this incredible volatility along the way.

To all the bitcoin and crypto doubters out there, he had the following to say to them:

That they would not tolerate that sentiment if clients were to express that view regarding stocks. In the early days of the pandemic, the stock market fell 35 percent in six weeks. If you look at a short-term period like that and use it as an argument that stocks are risky, too risky to invest in, advisors will say that’s an artificial period. You need to look at a lengthier period to reach a more legitimate conclusion. The same thing is true about crypto. You can easily look at the past nine months and say the 70 percent decline in bitcoin proves it’s too risky to invest in, but if you look at the past four years, with a seven-time return, you will have a very different perspective.

You Have to Think Long Term

What I find is that people who are using this latest decline as an argument against bitcoin is merely confirmation bias and recency bias, advisors with a preconceived notion grabbing at a unique data point to prove an argument that is specious in the first place.

Right now, Edelman recommends having about one percent of your portfolio allocated to crypto.