Shiba Inu Set To Take On 2022 With Groundbreaking Stablecoin Debut 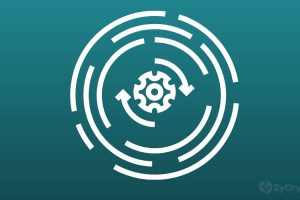 Shiba Inu, the sensational “dogecoin killer” has been on a tremendous success streak over the past month. The Ryoshi-founded meme coin strode past the $50 billion market cap threshold, ephemerally lounging amongst the top ten global cryptocurrencies on the hill of a tremendous 950% value surge.

Far away in Switzerland also, a blockchain fintech company, X8, is gearing up to release its stable coins within the first three months of 2022. X8, together with SHI — Ryoshis proposed name for the highly-anticipated Shiba Inu stablecoin, according to his Medium post — will form two of the most anticipated stablecoins of 2022.

X8 touts itself as the world’s first stablecoin to be backed by 8 currencies. With figure 8 likely to be a representative of the number of underlying currencies, X8 will be pegged to the US Dollar,  Australian Dollar, Swiss Franc, Canadian Dollar, Japanese Yen, New Zealand Dollars, British Pound Sterling, and Euros, meaning any one of its users can buy, sell, and exchange a single X8 stablecoin with these eight currencies.

The fintech company which undertook its first major project in 2018, will be looking to take advantage of Swiss Sandbox, a form of innovation space created by the Swiss Financial authority to help fintech companies test their business idea in the interim for compatibility, without the headache of licenses and regulations. Swiss Sandbox will give X8 the opportunity to record up to CHF 1 million deposit transactions during the period.

The X8 group has disclosed that its primary focus is on securing a FinTech license to afford its full-time operation to the tune of CHF 100 million. Switzerland is one of the European nations with crypto Friendly laws.

Shiba Inu has done good for itself but SHI is anticipated to do even better. The proposed algorithm stable coin will likely be pegged against a 1c or one-hundredth of a dollar, using a system of collateral deposit control against price fluctuations. Ryoshi also hinted at the adoption of a hybrid protocol approach like that of FRAX which uses a system of arbitrage that mops up any price instability using the collateral technique.

Other proposals which Ryoshi put forth are the development of a native blockchain known as Shibarium, the creation of an L2 subnet protocol, and the hosting of a ShibaCon in the near future.

A few days ago, the community released a video on Twitter warning Shibarmy investors of growing scams that tend to lure unsuspecting users and erode the growing confidence of an army of faithful who ultimately hope for a Robinhood listing to boost acceptance.

Both SHI and X8 share the same lofty dream of one day becoming the most sought-after digital currency for exchange and storage of value.