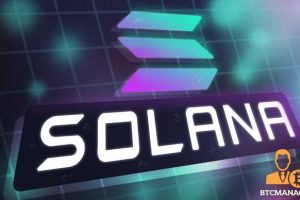 Solana (SOL) has released its energy usage report on November 24, 2021. The report claims that a single Solana transaction consumes far less energy than a single search operation on the Google search engine, and the entire Solana network with 1,196 validator nodes, uses exactly the same amount of energy as 986 American households.

While a good number of distributed ledger technology (DLT) projects including Bitcoin and Ethereum (ETH) are still working on ways to improve their energy efficiency and cut down their carbon emissions, Solana (SOL) appears to be far ahead of its peers in the race towards complete carbon neutrality, if its latest energy report is anything to go by.

“As a proof of stake network, the security of the network is not dependent on energy usage. On Solana, there is no need for energy-intensive mining, meaning the network is extremely environmentally efficient. And thanks to a number of key technical innovations such as proof of history and parallel processing, activities on Solana take much less energy than you might think,” the team declared.

Notably, the team claims it contracted Robert Murphy, an energy and climate advisor earlier in May 2021, to frame the impact of Solana transactions on the environment. While a single Bitcoin (BTC) transaction can consume as much as 4,222,8000 Joules of energy, and Ethereum takes up roughly 644,004,004,000 Joules per transaction, the exam claims Solana, on the other hand, uses only 0.00051 kWh or 1,836 Joules.

The Solana Foundation went further to make comparisons between the network’s energy usage and other real-world processes such as using a fully-charged iPhone 13 on battery (44,676 Joules), working for an hour on a computer (46,800) Joules, amongst other activities.

“In total, the entire Solana network – with 1,196 validator nodes and an estimated 20,000,000 transactions, uses an estimated 3,186,000 kWh per year. This is the equivalent of the average electricity usage of 986 American households, the team added.”

Despite the network’s energy efficiency, the Foundation has made it clear that it will soon introduce a program that will further reduce Solana’s energy consumption and make its validator network carbon neutral by the end of 2021.

It’s worth noting that Solana’s low energy consumption and high scalability have made it a choice network for a vast array of projects.

As reported by BTCManager on November 17, PARSIQ announced that its decentralized finance solution, IQ Protocol will soon go live on Solana. And on November 19, 2021, Kineko, high-throughput sports betting and predictions markets platform migrated to Solana.

At press time, the price of solana (SOL) is hovering around $184.59, with a market cap of $56 billion, according to CoinMarketCap.