South African regulator to declare digital currencies as financial products after $3.8B scam 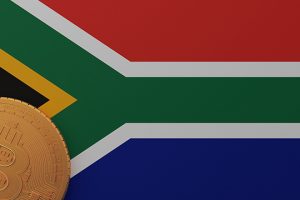 Following one of the largest scams in the digital currency industry, the South African financial regulator is seeking to bring the sector under its purview. The Financial Services Conduct Authority is seeking to categorize digital currencies as a financial product. This would give it jurisdiction over the industry and allow it to protect investors who are becoming increasingly vulnerable.

South Africa has seen two of the biggest digital currency scams in the past year. First was Mirror Trading International which reportedly took off with over $170 million. The latest one is the biggest one yet. As CoinGeek reported, Africrypt reportedly took off with $3.8 billion, making it one of the largest scams in the history of digital currencies.

With investors becoming a target for scammers, the Financial Services Conduct Authority is seeking to become more involved in the industry. According to a report by IOL, the FSCA is looking to declare Bitcoin and the other digital currencies as financial products. This will allow it to oversee the industry and protect investors.

As the regulator strives to regulate the industry, it’s asking investors to stay away from get-rich-quick schemes, be it in digital currencies or elsewhere. Almost all scammers promise unrealistically high returns to lure investors, and this can be a good way to gauge which investment products are likely to be scams.

“The public is urged to understand that unrealistically high returns suggest that the investment scheme is likely to be fraudulent,” it stated.

The FSCA is finding it almost impossible to go after digital currency scammers as most of them are based in other countries. In the Africrypt instance, the two brothers behind the scam reportedly took off to the U.K, making them hard to trace.

“Many of these entities are often not based in South Africa or have poor security in place to protect the crypto asset being acquired by the public, and in theory held on behalf of the customer,” it stated.

Digital currency trading in South Africa has continued to spike, with platforms like Luno and Paxful recording staggering growth in the past year. IOL reports that in January this year, the country’s digital currency trading volume exceeded R2 billion ($140 million). Despite the industry becoming bigger, there are still no well-defined regulations to govern it, allowing scammers to thrive.

Watch: CoinGeek Zurich panel on Blockchain & the Future of Africa