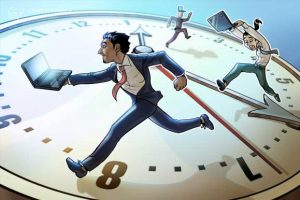 Bitcoin technical analyst Willy Woo believes that this is not a bear market because on-chain indicators are signaling a recovery and the asset is still being bought by long-term hodlers.

The popular analyst’s comments came in an interview on the “What Bitcoin Did” podcast on June 28. Woo stated that he does not believe that Bitcoin is in a typical bear market due to signs of accumulation showing on-chain.

Referring to the 1980’s hit song “Never Gonna Give You Up” by British pop artist Rick Astley, Woo stated:

“The ‘Rick Astley’ is the holder that keeps buying and never tends to sell much … And of course Rick was very active over 2021, and then suddenly all the coins moved away from Rick to the weak hands — the speculative traders that buy and sell. Now we’re seeing that cross back into moving to Rick.”

He added that we are currently in a speculative phase and those coins that were sold earlier this year are slowly being absorbed by long-term holders.

Podcast host Peter McCormack revealed that he hasn’t sold any crypto assets yet and is still confident because there is “still too much going on and good stuff happening”.

Related: 3 things traders are saying about Bitcoin and the state of the bull market

Analyzing the current Bitcoin price chart, Woo stated that it is a cycle unlike any we’ve ever seen as the underlying structure is completely different. He stated:

“The price right now is going sideways bearish, it looks like a Wyckoffian accumulation price pattern and so if that plays out we should have that last wick down to $28K-$29K which should have been the final test of the bottom. Everything on-chain looks like it’s in recovery.”

Analytics provider Santiment appears to have noticed similar data and it noted that the supply of Bitcoin sitting on exchanges has steadily fallen back down and is getting locked away for safekeeping by hodlers.

Commenting on current regulatory pressure, which has escalated in China, the U.S. and the U.K., Woo stated:

“It’s like Bitcoin is now fighting the Final Boss in a video game … it’s really up against the central bankers, and much earlier than we ever thought.”

At the time of writing, Bitcoin was trading within its six-week range bound channel, down 3.7% over the past 24 hours at $34,653 according to CoinGecko. As reported by Cointelegraph, traders have been eying three key areas for the monthly candle closure.