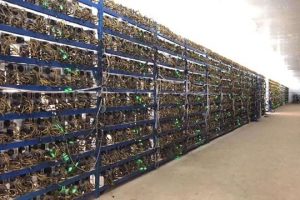 Energy Harbor Corp. has announced that it will partner with a firm known as Standard Power over the next five years to provide carbon-free, clean energy from its nuclear sources to ensure Standard Power can mine cryptocurrencies without leaving a heavy mark on the environment. Standard Power will begin utilizing this type of electricity by the end of this year.

Bitcoin and cryptocurrency mining has been at the center of heavy controversy in previous months. For one reason or another, several environmentalists claim that the process is having a nasty effect on the Earth’s atmosphere, and they are concerned that the planet is entering a phase of no return. Thus, figures such as Elon Musk of Tesla fame caused quite a stir when he announced that his company would no longer be accepting digital currency payments for goods and services given that he was unsure about the mining process.

In addition, Kevin O’Leary from the television program “Shark Tank” has stated that he will not be purchasing any more bitcoin mined in China given that the country has not devoted enough time and resources to enhancing its clean mining processes.

Standard Power is hoping to change all that. It has recently turned an old, abandoned papermill into a cryptocurrency mining facility. The company is hoping to garner a solid profit by cleanly mining bitcoin while also bringing new job prospects to residents of the area. Stationed in Ohio, Standard Power has also agreed to temporary shutdowns of its operations granted the nearby electricity grids are overused and standard consumers are in danger of dealing with blackouts and other energy-based problems.

John Judge – the president and Chief executive officer of Energy Harbor – claimed in a statement:

We are grateful that Standard Power has granted us the opportunity to serve them. We are happy to partner with customers who are focused on minimizing their impact on the environment while driving a new clean energy future in our local Ohio economy. This is another example of the value we provide to our customers and communities as we continue our growth strategy across all sales channels within our retail business.

What Is the Company Looking to Accomplish?

Bitcoin blockchain mining centers are energy intensive, and we recognize our responsibility to build a more environmentally sustainable future. We selected Ohio because of its low electricity costs with availability of carbon-free sources of energy. By partnering with Energy Harbor, we have proactively structured our hosting capabilities to ensure that 100 percent of the power associated with this facility is carbon free.

Standard Power first came about in the year 2019 and offers over 1,000 MW of power to clients engaged in blockchain and digital currency mining.