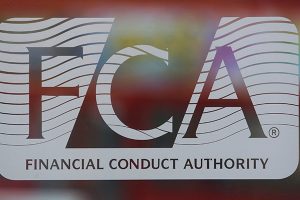 The UK Financial Conduct Authority (FCA) has announced on Wednesday that it banned Matthew Creed from performing any regulated activity under its jurisdiction. The decision comes in response to an investigation that found out that the convicted and former director at AAA Management Limited didn’t inform the watchdog about his bankruptcy and disqualification as a company director.

According to the press release, Creed was convicted on June 21, 2018, for four counts related to fraud by executing transactions of creditors contrary to the UK Insolvency Act 1986. As a result, he was sentenced to spend 12 months in jail time, which was suspended for two years, plus 80 hours of community work.

“Mr Creed was approved to carry out FCA regulated functions at AAA Management Limited between January 2005 and December 2019. He was also the director of a company not regulated by the FCA, PEL, between January 2002 and April 2013. Between February and August 2012, Mr Creed dishonestly executed eight transfers which removed £166,000 from PEL’s accounts,” the FCA noted in the announcement.

Furthermore, the UK financial regulator alleges that Creed became aware of his legal troubles in June 2016 for executing fraudulent transactions: “As an approved person Mr Creed was required to report the fact of his disqualification and the fact he was under criminal investigation to the FCA and failed to do so. Although Mr Creed challenged the decision to prohibit, his appeal was ultimately withdrawn.”

In a final notice issued on July 9, the FCA accuses Creed of lacking “honesty and integrity,” making him an unsuitable and proper person to perform any regulated activity carried by an authorized person under its jurisdiction. “His conviction for offenses involving fraudulent transactions demonstrates a clear and serious lack of honesty and integrity, and his continued failure to act honestly and with integrity in relation to his regulatory obligations towards the Authority further establishes his lack of fitness and propriety in the years following the commission of the offenses,” the watchdog added.