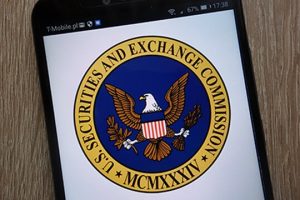 A media group linked to former Trump-era political strategist Steve Bannon and a Chinese billionaire has settled with the U.S. securities watchdog for $539 million over its initial coin offering (ICO), in which it sold digital asset securities without registering with the regulator.

The U.S. Securities and Exchange Commission charged New York-based GTV Media Group and Saraca Media Group, as well as Arizona-based Voice of Guo Media Inc. in connection with the illegal stock offering. It also accused GTV and Saraca of conducting an illegal ICO in which they sold G-Coins or G-Dollars without registering with the agency.

In its order, the SEC said that from April to June 2020, the companies solicited thousands to invest in GTV stock offering and digital asset offering. They used their websites and social media platforms such as Twitter and YouTube to disseminate information about their products, according to authorities.

From the two offerings, the three firms reportedly raised $487 million from at least 5,000 investors, some of them from the United States. The companies told investors the funds would go towards building “the only uncensored and independent bridge between China and the Western world.”

The GTV Media Group launched in 2020 and has deep ties to Bannon, who served as the chief White House strategist in the first seven months of Trump’s presidency. The controversial former Hollywood producer is also the former chairman of Breitbart News, a right-wing media outlet.

GTV is also deeply tied with Chinese billionaire Guo Wengui, also known as Miles Guo. Guo fled China in 2014 to the U.S. after learning the central government was going after him on charges corruption, bribery, money laundering, rape and other crimes. Since then, he has become one of the fiercest critics of President Xi Jinping’s government.

Guo’s media outlets have garnered controversy since they launched for publishing misleading information, mostly targeting the Chinese government. These include claiming that the coronavirus was manufactured in a Chinese lab as part of the country’s biological weapons artillery but “it leaked.”

Follow CoinGeek’s Crypto Crime Cartel series, which delves into the stream of groups—a from BitMEX to Binance, Bitcoin.com, Blockstream, ShapeShift, Coinbase, Ripple and Ethereum—who have co-opted the digital asset revolution and turned the industry into a minefield for naïve (and even experienced) players in the market.