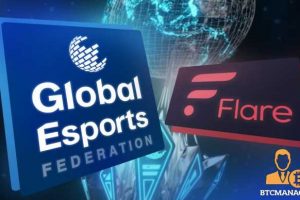 The appeal of user-to-creator live interaction cannot be underestimated. Adding the power of Web3 components like the blockchain, one can create a never-before-seen innovation — in a nutshell, this is what the StreamLive team plans to do.

In a recent Ask Me Anything (AMA) conducted within their official Telegram group, the Stream Coin CEO Michael Ein Chaybeh shed some light on what the project is all about. According to him, their team can push the streaming industry forward with the power of blockchain.

Answering one of the questions, CEO Ein Chaybeh said, “We work on penetrating the market due to the problems that we are solving. We know the challenges people have. If you are a streamer or a fan of a streamer, we already know what you’re complaining about. That’s what STREAM is all about and what it will do.”

He further explained and listed problems that their platform is trying to solve. This includes hefty commission fees that platforms charge, the platform owning the videos that streamers upload, untargeted and irrelevant advertising, multi-streaming to countries with language barriers reducing viewership, and not being able to control who can watch the stream or videos.

With the massive support that Stream Coin has been getting on their presale, members of their community cannot wait to participate in their public sale that will be conducted in February. At the moment, the project’s official Telegram group alone has almost thirty thousand members. The group is very active with people constantly voicing their support for the project.

The group has been very active and the team has expressed their excitement for the future of blockchain-integrated live streaming. “We are crypto and blockchain professionals. We only care about working on projects that revolutionize the world that we are in,” CEO Ein Chaybeh said.