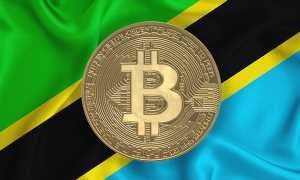 Tanzania is on its way to becoming one of the first countries in Africa to have well-defined digital currency regulations. The country’s central bank is working on new directives for digital currencies following a recent push by the president to “keep up with the times” and look into digital currencies.

Tanzania has had a checkered history with digital currencies. The Bank of Tanzania began to warn its citizens against investing in digital currencies as far back back as 2018. “Investors in cryptocurrencies should be aware that they run the risk of losing all their capital,” a BOT executive stated at the time.

However, with the rise to power of the country’s president, things might change drastically for Tanzanians. In a recent speech, President Samia Suluhu called on the central bank to be ready for emerging technology in the financial world, one of which is digital currencies.

“The Central Bank should be ready for the changes and not be caught unprepared,” she stated.

According to a Reuters report, the bank took note and has already began making moves to make the president’s call a reality. Quoting a source within the bank, Reuters reported that digital currencies will have a place in the future of Tanzania.

“The bank is working on the directives given,” the source stated, but declined to give any further details.

In addition, the source didn’t reveal whether the initiatives were towards existing decentralized digital currencies like Bitcoin (BSV) or a central bank digital currency.

Abdulmajid Nsekela, the chair of the Tanzanian Banking Association, welcomed the president’s push towards digital currencies. He believes that this could help the East African nation’s push into digital payments. The $63 billion economy is still heavily reliant on cash, in contrast to its neighbor Kenya which has become globally renowned for its thriving mobile payments system M-pesa.

“The most challenging element for regulators is to be caught by surprise by innovations,” the banker told Reuters.

Despite the positive signal from the president, it may be some time before Tanzanians get to enjoy any concrete digital currency regulations. Faith Mwangi, an analyst at emerging markets data company Tellimer, believes that it’s still too early to judge whether President Suluhu’s directive will sail through.

“The change in tone from Tanzania’s president is clear, but wait to see whether the central bank will take concrete steps towards embracing cryptocurrencies,” Faith remarked.

Faith pointed to Uganda, one of Tanzania’s neighbors where President Yoweri Museveni made a similar declaration in 2017 but the country has yet to make any tangible move.

Watch: CoinGeek Zurich panel on Blockchain & the Future of Africa