The DOJ Is Investigating the Theft of FTX Crypto Funds 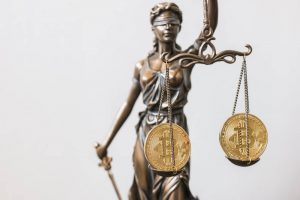 The drama surrounding the fall of famed crypto exchange FTX just keeps getting bigger and bigger.

FTX Will Be With Us a Long Time

It has been announced that several prosecutors are looking into the disappearance of approximately $370 million in crypto funds that vanished from the exchange just hours after its head executive, Sam Bankman-Fried, filed for bankruptcy.

The prosecutors investigating have been hired by the Department of Justice (DOJ), which has frozen several remaining account funds to ensure they are not taken or dabbled with while the bankruptcy case proceeds or while SBF awaits his upcoming trial in California.

Blockchain analysis firm Elliptic announced two months ago that the funds stolen off FTX were later exchanged for ether on decentralized exchanges. Other portions went through mixers to hide the currencies’ origins and to prevent prying eyes from getting involved. In addition, the company’s new CEO John Ray III has stated that those involved with the company knew about unauthorized access taking place about 24 hours prior to the company’s bankruptcy filings, which occurred on November 11 of 2022.

FTX will likely go down as one of the most embarrassing blunders to ever occur within the confines of the crypto space. The exchange rose to prominence in under three years, first coming to fruition in 2019. The company was considered one of the top five crypto exchanges in the world, and Sam Bankman-Fried was lauded as a genius by many. His net worth, prior to the trading platform’s collapse, was listed at several billion dollars.

However, in mid-November of last year, SBF began complaining of a liquidity crunch on social media and made the claim that his enterprise was in fast need of cash. He initially approached his largest rival Binance about having the larger firm buy out his firm, and for a while, it looked like things were heading in that direction.

However, Binance eventually backed away from the deal, claiming that the problems FTX was facing were too big for it to handle. With too little money on hand, FTX had no choice but to file bankruptcy, and SBF resigned from his post as the company’s head honcho. He was later arrested and served time in a Bahamian jail before being extradited back to the U.S. He is currently living at his parents’ house in the Golden State while awaiting trial.

The probe involving the stolen funds is separate from the charges that SBF is currently facing. It is alleged by some that the theft may have been an inside job, though significant evidence has not been uncovered to support this claim. Whoever is convicted of the theft would likely be charged with computer fraud, which presently comes with a maximum sentence of about ten years.