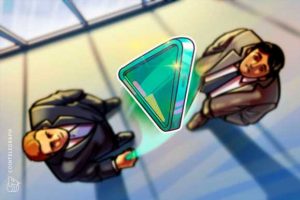 The handcrafted CryptoPunk pendants were announced by the jewelry brand on July 31 on Twitter, and are priced at 30 ETH, equivalent to $50,600 each at the time of writing.

According to an NFTiffs Frequently-Asked Questions page, the NFTiff token sale is set to launch on August 5 at 9 am (CST), and will only be available for purchase NFTiff tokens via its website.

Each CryptoPunk is limited to a maximum of three NFTiff tokens that allow them to mint a customized pendant. There are 87 different attributes and 159 colors that can be used to custom design the pendants, and the pendant itself will be composed of 18-Karat rose or yellow gold (based on the color palette of the NFT).

Should all the limited edition pendants sell out, Tiffany & Co stands to make 7,500 in ETH (currently $12.7 million).

The campaign was first promoted by Tiffany & Co vice president Alexandre Arnault, who owns CryptoPunk #3167 in April. In a tweet, Arnault revealed his new rose gold and enamel CryptoPunk, which was transformed with a new sapphire and Mozambique-colored set of glasses and a yellow diamond round earring.

The crypto community on Twitter appears largely excited about the new NFT offering from the luxury jewelry brand.

“More Web2 firms looking to dip their toes in Web3 need to be learning from the quality of this $NFTiff offering and taking notes.”

The jewelry company first ventured into NFTs in March, when they purchased an Okapi NFT from contemporary artist Tom Sachs for $380,000. Tiffany & Co have since set the rocket-styled NFT as their profile picture on Twitter.

Luxury brands are no strangers to the crypto space, with many beginning to accept crypto as payment, such Gucci, Balenciaga, and FARFETCH.