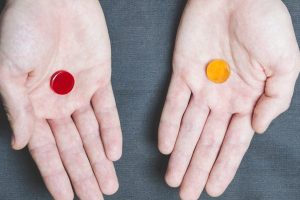 A California district court has entered into a final judgment against three operators of binary options schemes, which defrauded thousands of retail investors of millions of dollars.

Per Tuesday’s announcement, Kai Christian Petersen, Gil Beserglik, and Raz Beserglik, who ran the operations, neither admitted nor denied the allegations brought against them by the Securities and Exchange Commission (SEC) but consented to the entry of final judgments.

These brokers operated between 2014 and 2017, luring thousands of investors into risky investments both in the United States and abroad. The official complaint detailed that the perpetrators operated from boiler rooms based in Germany and Israel and used high-pressure sales tactics to offer and sell speculative and fraudulent binary options to investors.

The employees of these operations also lied to the investors about their identities and trading expertise to trap them into risky investments. They even approached vulnerable retail investors saying that the broker only makes money if the inverter makes money, which is completely false as binary options operators only earn at the loss of investors.

The three operators were charged for trapping US investors without any appropriate authorization as a broker or dealer from the SEC.

Heavy Penalties to Be Paid

Last month, the SEC indicted Spot Option, another binary options firm, and its two operators, Pini Peter and Ran Amiran. They allegedly ran operations illegally in the US and defrauded investors out of hundreds of thousands of dollars.