Vitalik Buterin to ETH Clients: It's Time to Update! 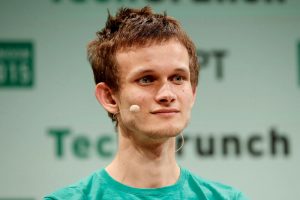 Vitalik Buterin – the co-founder of popular cryptocurrency Ethereum, the second largest digital asset by market cap – has stated that as the beacon chain hard fork happened on September 6, all Ethereum-based clients need to ensure their systems are fully updated.

Ethereum has been talking about The Merge for months now. The move would move Ethereum from a proof of work (PoW) module to proof of stake (PoS). This would potentially make the network more efficient, guaranteeing better speeds, lower costs, and more eco-friendly protocols so that Ethereum is no longer mined, but rather staked.

In a statement, Buterin warned:

Reminder: even though The Merge is coming around September 10 – September 20, the beacon chain hard fork is on September 6. Make sure to update your clients before then!

Buterin has been in the news a lot lately as the price of Ethereum – much like that of bitcoin and many other leading digital currencies as of late – has been tanking, with one unit trading for around $1,500 at the time of writing.

Buterin made a prediction regarding the Ethereum price and subsequent upgrade back in July and stated that anyone who wasn’t prepared to make the necessary updates would not have their block nodes read properly, which could ultimately cause problems for smart contracts in the coming future.

Warning: Erigon version v2022.08.03-alpha contains an important fix to block production and a number of other minor patches. All Erigon users are recommended to upgrade to this or a later version prior to the merge. Geth version v1.10.22 contains a critical database issue. Do not use this version and if you have already upgraded, please upgrade to v1.10.23 as soon as possible.

No doubt there are many people out there truly excited for The Merge. They’ve been talking about it for months and they think the move will give Ethereum an even bigger position on the crypto map. However, there are some that think the price of Ethereum is going to suffer due to The Merge. With more people staking, they’ll be more likely to simply lock up their coins for extended periods, which could negatively affect the supply and demand ratios for ETH.

Removing Mining from the Equation

Max Kordek – chief executive of the blockchain application form Lisk – said in an interview that traders can expect a few major price swings at first, claiming:

Around The Merge we can expect increased volatility on the Ethereum price. However, Ethereum prices should be positively influenced overall in the long term due to Ethereum’s capacity to change.

Ethereum has been part of the argument that continues to surround bitcoin and other digital assets regarding the use of energy in the mining sector. Many people feel that continuing to mine cryptocurrencies will wreak havoc on the planet.