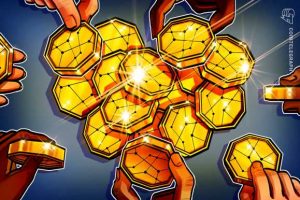 The Wikimedia Foundation, which backs Wikipedia, will shut down its BitPay account and has announced it will stop accepting cryptocurrency donations based on community feedback.

The decision to end crypto donations was made after 232 members, or 71% of the Wikimedia Foundation (WMF) community voted in favor of a Jan. 10 proposal that cited energy consumption, ease of use for sanctioned individuals, exposure to crypto scams, and environmental sustainability as reasons to stop it.

These issues raised concerns about how accepting crypto could damage the foundation’s reputation in the long run. Wikipedia is an open-source online encyclopedia and BitPay is a crypto payment service it used as a partner.

In a May 1 update to the original proposal from the WMF, Chief Advancement Officer Lisa Seitz-Gruwell stated:

The proposal and subsequent discussion that ensued revealed that only about $130,000 in crypto donations were made in 2021, which accounted for 0.08% of the foundation’s total revenue. As a result, it is not likely that the foundation will suffer financially following its recent decision.

WMF member “GorillaWarfare” applauded the move to ban, as they wrote “This is great news. Thank you for listening to the community.”

“This is a shame. Especially the last argument made for this RfC turned out to be purely reactionary. Compare the media reception of Ukraine accepting cryptocurrencies for donations just a few weeks after.”

Mozilla made a similar move to ban crypto donations for its Firefox browser in January, only to partially reverse the decision in April and begin only accepting cryptos over proof-of-stake (PoS) networks like Polygon (MATIC).

Several voters at the Wikimedia Foundation cited Mozilla’s situation as one to watch as it could have an impact on how the foundation makes future decisions regarding crypto donations.

Supporters of the ban do not appear threatened by the prospect of a spurned crypto community. Foundation member “Dronebogus” wrote in support of the ban:

“Wikimedia is the largest free web education collective on the planet, what’s Joe Crypto going to do to “destroy us”? Write a nasty op-ed? Tell his 650 Twitter followers to go to Everipedia?”

Everipedia is a rival blockchain-based online encyclopedia. The Wikimedia Foundation has accepted crypto donations since 2014.