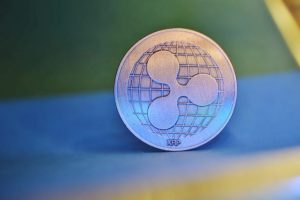 According to data by TradingView, on Saturday (March 13), around 14:57 UTC, on crypto exchange Bitstamp, the XRP price reached its intraday high of $0.46653. Yesterday (March 12), Tokyo-based financial services company group SBI Holdings announced that it had “decided to offer year-end shareholder benefits” via cryptoasset XRP as a token of its appreciation for their support. The announcement mentioned that shareholders who hold over 100 shares will receive XRP equivalent to 2500 yen.

On March 10, in a video released on Ripple’s official YouTube channel, Ripple Co-Founder Chris Larsen explained to Ripple CTO David Schwartz what the concept of Internet of Value means to him and why this is important for society.

And with regard to XRP, this is what it has to say:

“Ripple and XRP enjoy the trust of many banks as a model for CBDCs because it is highly centralised and is based on a permissioned network where only certain network nodes can validate transactions, as opposed to decentralised and permissionless Bitcoin and Ether… Ripple also allows the creation of new currencies and Ripple developers can decide the timing and quantity of supply in a similar way to current central bank operations.“

It then went to mention this very interesting bit of information:

Earlier this month, FinTech firm Ripple said that it is “piloting” a private version of the open-source public XRP Ledger (XRPL) to allow central banks to create and manage their own digital currencies.

In a blog post published on March 3, Ripple said that more than 80% of the world’s central banks are “actively exploring some form of sovereign-backed cryptocurrency”, and that eventually there would be a wide range of central bank digital currencies (CBDCs).

Ripple pointed out that existing public blockchains cannot meed the needs of CBDCs since “a Central Bank requires more transaction privacy and control over its currency than a public ledger can offer,” which means that it is “most likely opt to create a CBDC on a private ledger that can also operate at the required scale.”

Also, it mentioned that interoperability is crucial:

“Additionally, interoperability – the ability for a private ledger to connect with today’s existing global financial infrastructure, as well as other CBDCs and other digital currencies– will be critical. In fact, in its 2021/22 innovation program, the Bank for International Settlements identified interoperability for cross-border payments as a major priority for CBDCs.“

Ripple’s proposed solution to this problem is the CBDC Private Ledger, which uses the same distributed ledger technology as the XRP Ledger, which means that it is “built for payments” and “designed for issuing currencies”; XRP could then serve as “a neutral bridge asset for frictionless value movement between CBDCs and other currencies.”

According to Ripple, transactions on the CBDC Private Ledger will be low-cost, reliable, and fast; initially, it will handle tens of thousands of transactions per second (TPS) “with the potential to scale to hundreds of thousands TPSs over time.”

Finally, Ripple’s blog post mentioned that the company is “currently engaged with Central Banks around the world to better understand their goals and assess how the CBDC Private Ledger can help achieve them.”

Featured Image by “vjkombajn” via Pixabay