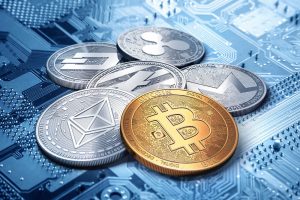 Canada has unveiled three bitcoin-based exchange-traded funds (ETFs) over the past few weeks, and the United States seems to believe that its day in the crypto ETF spotlight is rather close. So much, in fact, that now Grayscale Investments – one of the largest crypto investing firms in America – is hiring an ETF team for the coming future.

Grayscale Is Looking to Hire for Its New ETF Divison

A crypto-based ETF has been the envy of many people involved in the digital currency space over the past few years. Many firms – including Bitwise and Van Eck – have tried hard to get the approval of the Securities and Exchange Commission (SEC) for the unveiling of America’s first bitcoin ETF. Many have come relatively close only to be shot down in the end.

It’s been disappointing for many industry heads, but it’s likely even more disappointing that America’s neighbor to the North – Canada – has beaten it to the punch. The country has unveiled three bitcoin ETFs in the past couple weeks along with the world’s first Ethereum-based ETF, marking Canada as a massive region for digital currency innovation and change.

Naturally, the U.S. is feeling the heat and doesn’t want to be left behind. Thusly, Grayscale is making a daring move and seeking to hire as many as nine separate individuals to work in the company’s crypto ETF department. All jobs are currently being advertised on LinkedIn, and the company is getting rather serious considering it doesn’t even have approval yet.

The race to launch the first bitcoin ETF is heating up. It’s more of a question on when the SEC will approve a bitcoin ETF, not if… First-mover advantage in the ETF space is tremendous, particularly when the underlying assets overlap. Whichever comes out of the gate first will have a leg up.

Few Details, but the Day Is Likely Coming

Michael Sonneshein – the chief executive officer of Grayscale – is refusing to provide specific details about the company’s maneuvers and ETF plans, claiming:

We’re not able to provide further detail aside from the fact that we are continuously exploring new opportunities, such as an ETF, in response to customer demand. We were the first to provide exposure to a digital asset through a regulated wrapper, and our goal is to ensure that we lead the market in whatever future product we bring forward as well.

Either way, many analysts and industry heads believe that the day of a U.S.-based bitcoin or crypto ETF is right around the corner, and it appears Grayscale is looking to get a head start. Right now, the primary jobs being posted on LinkedIn include ETF market maker relationship manager, ETF finance reporting manager, ETF finance support manager and ETF creation and redemption specialist.