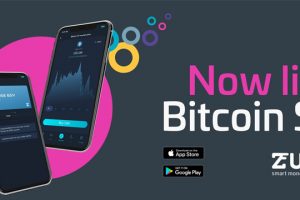 This is your chance to win £10,000 worth of BSV. Zumo, a digital currency wallet that aims to give the world seamless access to smart money, has just added Bitcoin SV (BSV) support.

“We’re excited about offering BSV to our users. Zumo is committed to introducing crypto to new investors and welcoming people from around the world into an emerging global economy that’s both inclusive and borderless,” said Paul Roach, the chief product officer at Zumo.

“We’re hoping to introduce British crypto investors to BSV as well as attracting new users who have never engaged with smart money before. To anyone who’s considering getting involved in crypto I’d say: we’re here to help.”

The addition of BSV means that Zumo users located in the United Kingdom can now receive and store BSV directly through Zumo. To commemorate the launch of BSV on Zumo, the Zumo team will be giving one lucky winner £10,000 worth of BSV.

The winner of the giveaway will be announced via Zumo’s official social media channels and will receive a follow-up via email with more detail. The winner will receive their reward within 30 days of the prize announcement.

Zumo is a secure and easy-to-use digital currency wallet that allows its users to buy, sell, store, send and spend both digital currencies and traditional money.

The Zumo team has a goal to make innovative technologies with the ability to disrupt traditional banking and finance easily accessible to individuals around the globe—especially the world’s unbanked population. This is why Zumo focuses on creating both onramps and offramps for digital currency.

At the moment, the Zumo app is available for download on both iOS and Android and lets U.K. residents buy, sell, store, send and spend BTC, ETH, and traditional British pounds in addition to storing and receiving BSV. In the future, Zumo users will be able to buy, sell and exchange BSV via the Zumo app.

Download Zumo and check out Zumo’s social media pages to stay up to date with their latest developments and to be one of the first to find out if you were the winner of Zumo’s £10,000 BSV giveaway!