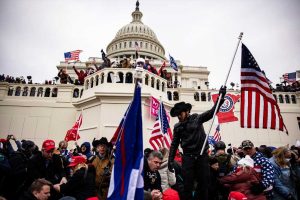 Airbnb is the latest company responding to last week’s Capitol riot, announcing Wednesday that it will be canceling all reservations in Washington, DC, during Inauguration week.

The home rental company also said that it will be blocking users from making any new reservations in the city for next week. Airbnb said it will refund guests in full, and that it will ensure that hosts are paid what they would have made from the canceled reservations.

“Mayor Bowser, Governor Hogan and Governor Northam have been clear that visitors should not travel to the DC Metro area for the Inauguration,” the company said in a blog post. “Additionally, we are aware of reports emerging yesterday afternoon regarding armed militias and known hate groups that are attempting to travel and disrupt the Inauguration.”

Last-minute hotel booking app Hotel Tonight, which is owned by Airbnb, will also be canceling its users’ reservations.

A representative for Airbnb did not immediately respond to an inquiry about how many reservations will be impacted.

The move comes on the heels of the company’s announcement earlier this week that it will ban people involved in last week’s deadly Capitol siege from booking rooms on its platform.

Airbnb said it checks its membership logs for Capitol rioters whenever it learns about someone who’s known to be involved in last week’s “violent criminal activity.”

“We will be communicating to all booking guests to the Capitol Region that if we learn that they or their additional guests are members of hate groups, planning violence or violating our policies or terms of service, we may bring legal action against them,” Airbnb said in a statement Monday.