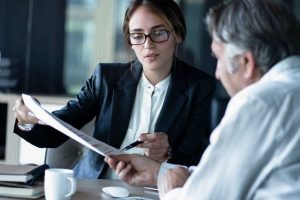 Other firms that jacked-up pay in the past week include Cadwalader, Wickersham & Taft LLP; Mintz, Levin, Cohn, Ferris, Glovsky and Popeo PC; and Proskauer Rose LLP, according to the Journal, which also reported firms paid-out bonuses throughout the pandemic.

A recent survey from the National Association for Law Placement found that the median first-year corporate lawyer at a firm with more than 700 employees made $190,000 per year at the beginning of 2021 — an increase of more than 20 percent from 2017 even without taking the most recent raises into account.

Attorneys in large markets like New York and Los Angeles raked-in the highest pay, while lawyers in other markets took in less. The lowest first-year salaries were in the southwest, where entry-level lawyers were paid $130,000 according to the survey.

Nearly two-thirds of law offices reduced employees’ pay in 2020 as the pandemic squeezed the economy, but pay surged upward again by the end of the year, according to the survey.