How China’s reopening will shake up the global economy 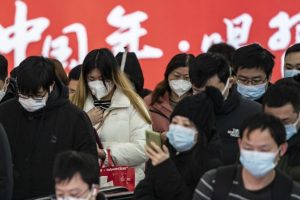 It does appear that the outcomes are likely to be better than once feared. Only a few months ago it appeared the world was on the brink of a deep recession. 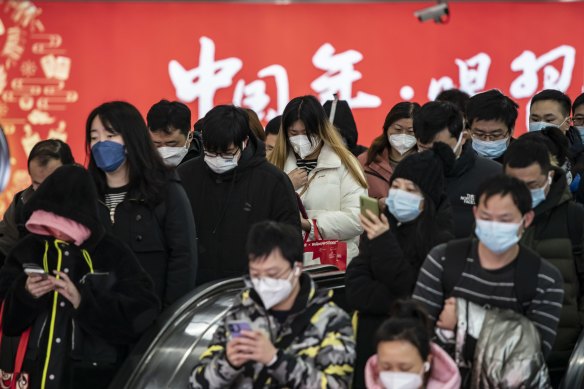 China’s reopening is good news for resource-heavy economies, like Australia’s.Credit:Bloomberg

Now, with China’s economic reopening, Europe’s success (with the help of a milder than usual winter) in blunting the worst of an energy crisis, the apparent peaking of inflation rates in the developed economies and a substantial depreciation of the US dollar, the outlook is somewhat less threatening.

That doesn’t mean that there won’t be recessions in key economies but the prospect of a “soft” or “softish” landing remains alive.

The biggest development has been China’s abrupt dropping of its harsh “zero COVID” policies, which had depressed China’s economic activity over the past three years and produced rolling disruption of global supply chains.

The Lunar New Year and the mass travel that will occur in China over the next fortnight will test the country’s health system and economy but the decision to abandon the former policies appears irreversible.

It should, fuelled by less-disrupted industrial activity, the unleashing of pent-up demand from consumers who built up their savings during the worst of the lockdowns and fiscal and monetary stimulus, drive China’s growth rate back towards pre-COVID normals.

The authorities are targeting GDP growth of around 5.5 per cent, a significant rebound from last year’s 3 per cent or (if, like Kevin Rudd, you are cynical about the official data) something lower.

China’s reopening will put a floor under the global economic outcomes and has some positives for the Australian economy but will carry with it some negatives for the rest of the world.

It will increase demand for commodities like iron ore, coal, LNG and oil. That’s good for resource-heavy economies, like Australia’s, but not so positive for other developed economies and particularly threatening for Europe. 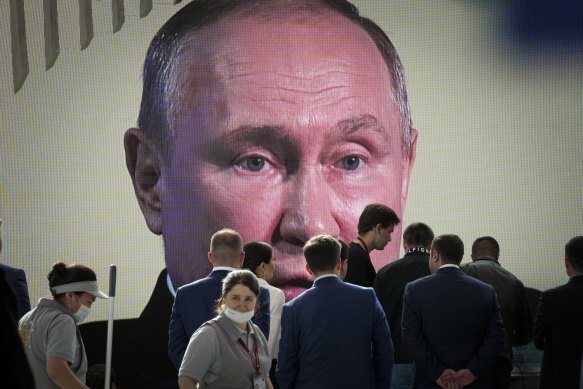 The war in Ukraine remains a wildcard for the global economy. Credit:AP

China’s weakness last year helped Europe deal with an energy crisis sparked by its response to Russia’s invasion of Ukraine.

While the very rapid switch from dependence on Russian gas to alternate sources came at a very heavy cost – it paid stratospheric prices for LNG and an increased reliance on coal also meant increased costs – the prices at which Europe secured its energy supplies (at least for this year) would have been even higher if China’s economy hadn’t tanked and its demand for commodities weakened.

China, whose imports of oil fell last year, has already stepped up its presence as a buyer in commodity markets and there are forecasts that will drive the price of oil, currently trading around $US87 a barrel, through $US100 a barrel this year.

The LNG market is so tight, now that Europe has entered that market, that the price impacts on gas could be even more significant.

The Lunar New Year and the mass travel that will occur in China over the next fortnight will test the country’s health system and economy but the decision to abandon the former policies appears irreversible.

Complicating any assessment is the likelihood that at least some, if not all, of Russia’s oil and gas will be sold at sub-market prices thanks to the G-7’s $US60 a barrel cap on Russian oil and the sanctions that police the cap.

China, which was benefitting from major discounts to the global price even before the cap was imposed last month, is likely to be the biggest buyer of that oil. India will be the other big buyer of discounted oil. That has uncertain implications for the price trajectory of the more freely-traded crude.

The normalisation of China’s economy and society will ease the remaining pressure on global supply chains that have recovered and been functioning at close to their near pre-pandemic levels, albeit that they have been evolving as the tensions between China, the US and the West more broadly have increased.

It will also, however impact commodity-driven inflation in developed economies even as it appears their central banks have successfully turned the inflationary tides. 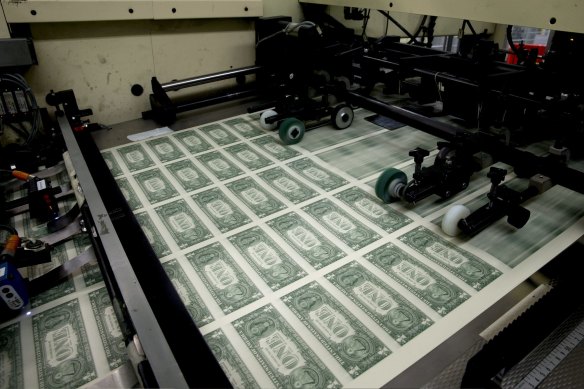 The falling US dollar has complicated the economic picture.Credit:Bloomberg

That could mean that central bank interest rates, which haven’t yet peaked in the major economies, could rise more than anticipated or remain elevated for longer, which wouldn’t be good for the economies or financial markets.

Against that, the US dollar, which surged almost 20 per cent between early February and late September last year to 20-year highs, has fallen nearly 11 per cent against the currencies of America’s major trading partners.

Where previously it effectively exported inflation to the rest of the world, the depreciation of the dollar is now helping other economies to bring inflation under control and easing the pressure on their central banks to continue raising rates.

It will particularly help developing economies, where dollar-denominated debts were exacerbating economic pressures and in some instances generating, or at least exacerbating, financial crises.

It won’t, of course, help the US Federal Reserve Board although, after raising its policy rate by 4.25 percentage points last year, the Fed is far closer to the end of this monetary cycle than the beginning. Whether that’s 50 basis points away – a 5 per cent federal funds rate – or 75 basis points is, perhaps, the remaining question.

There are at least two wildcards that could completely disrupt the global outcomes.

One is that the war in Ukraine, which will continue to weigh on Europe and Russia and continue to involve heavy financial commitments from those economies supporting Ukraine, has the potential for unpleasant developments.

The other is the debt ceiling debate in the US which, if unresolved, would lead to the US defaulting on its debt and chaos in global financial markets that could have severe global economic consequences.

While it is far from the first timer the US has had to resort to “extraordinary measures” to defer a default and previous episodes have always ended without a default, the nature of the small Republican majority in the House and the of concessions new Speaker Kevin McCarthy made to the more extreme elements in his partyroom is making investors and analysts concerned that this time might be different.

Absent shocks from those sources or some other unforseeable development, this should be the year when a post-pandemic “new normal” emerges and when the pandemic-ignited burst of the highest inflation rates in decades subsides. That doesn’t necessarily mean the world will avert a recession but some level of stability is at least in sight.